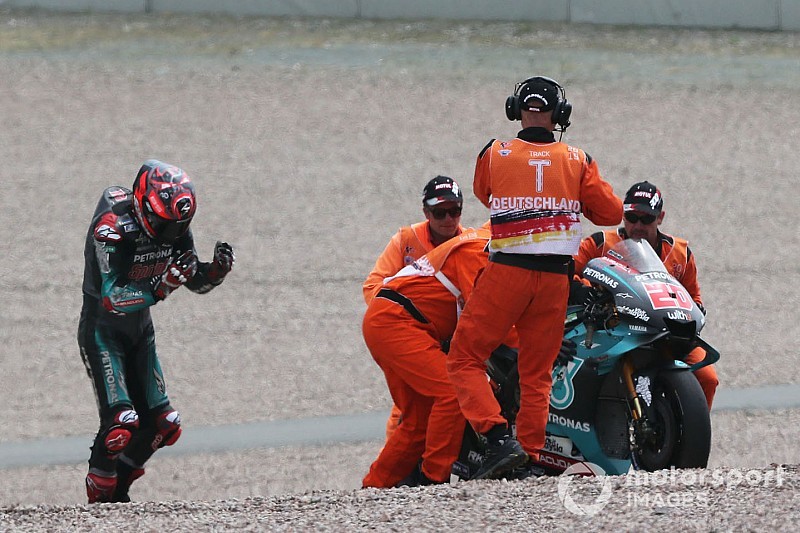 Petronas Yamaha rider Fabio Quartararo says that his early German Grand Prix crash was down to too much 'hesitation' over whether to try to overtake Danilo Petrucci on the second lap.

Quartararo had a strong launch off the line from second on the grid at the Sachsenring, and even led into Turn 1, but he was outbraked by Marc Marquez and then ran wide when Jack Miller made contact with him on the inside.

The Frenchman dropped to sixth as a result and then tried to pass Petrucci at Turn 3 on the following lap, but ended up crashing after running on the kerbs.

Quartararo owned up to his mistake, saying he was indecisive in his move and the attempt ended up being "too fast", adding that him losing out at Turn 1 was also ultimately caused by an error as he couldn't shift a gear.

"I just made a mistake in my start, first and second gear was okay, I tried to put the third gear and I didn't shift," explained Quartararo.

"Unfortunately I brake a little bit too early, had a touch with Jack.

"The second lap I tried to overtake Petrucci but I was hesitating a lot, if I need to do it or not, and unfortunately was the wrong choice. Too much lean angle, too fast and I lose the front.

"So, yes, our first mistake in the race, first crash, we will learn from this one and come back stronger.

"We had really good pace to fight with top guys, cannot only be positive for us and never negative - so today we crash, we saw that Alex [Rins] crash also, at the end some riders were happy today and in the past I was happy."

Quartararo concluded the first part of his rookie season eighth in the standings with two podiums at Barcelona and Assen, three pole positions and a sole crash at the Sachsenring.

"If we make the balance of this year, we make only one crash in a race, was here, but three pole position, five front rows in total and two podiums," he reflected. "I didn't expect that from my first half of the season.

"I will have some rest, some holidays, and of course I will be working hard on the last two weeks to prepare the second half of the season." 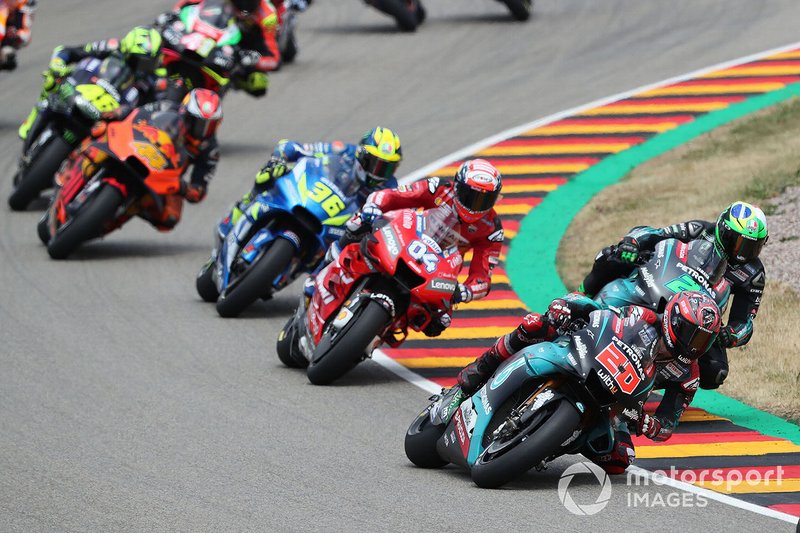 Marquez had Austin crash on his mind at the Sachsenring