Fabio Quartararo thinks the fact both himself and ex-Moto3 teammate Joan Mir are now fighting for the MotoGP world title is a “cool story”. 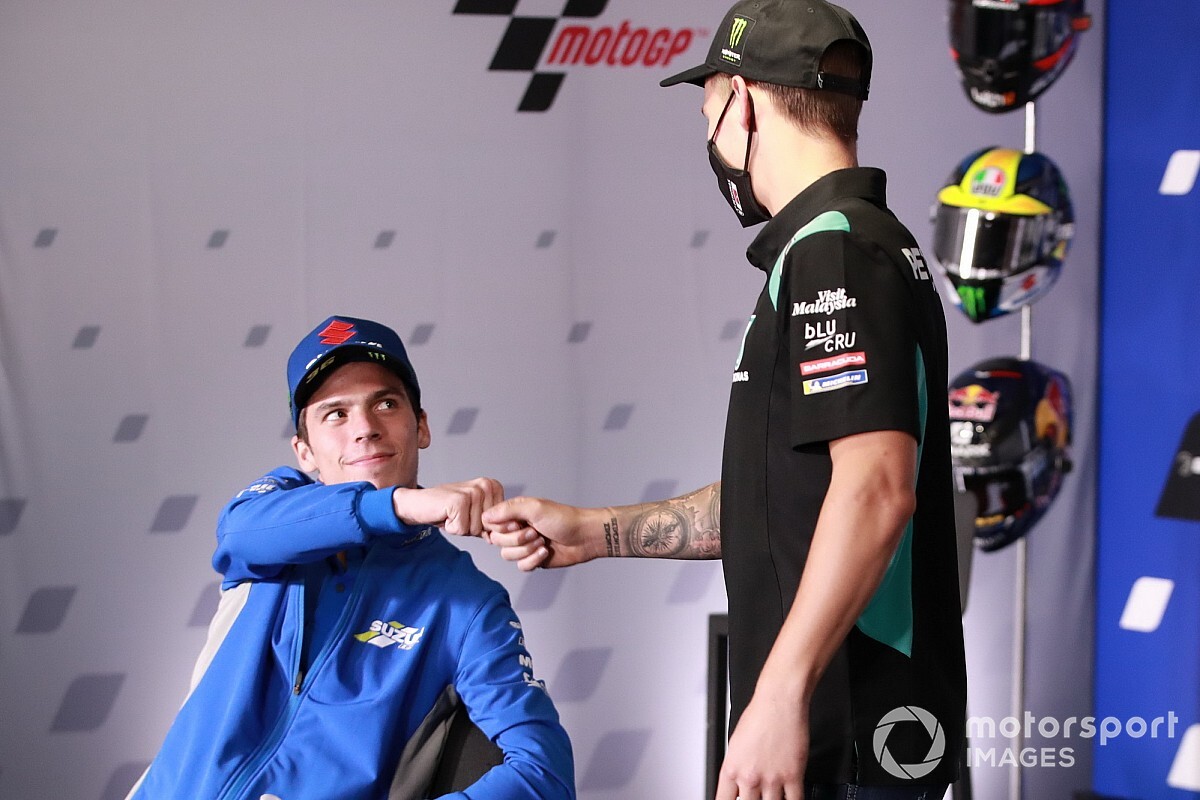 Quartararo and Mir shared the Leopard garage in Moto3 in 2016, which was the latter’s debut season in the world championship.

While Mir would go on to score his first win that year and dominated in 2017 for the world title, Quartararo struggled for form and wouldn’t add to his double podium haul from 2015 until he won the 2018 Moto2 Catalan GP.

Now, both are split by eight points at the top of the MotoGP standings after Petronas rider Quartararo led home Suzuki’s Mir at Catalunya last month.

“For sure, we are in a much better position now because that year for me was a total disaster,” Quartararo said when asked how it felt to be fighting for the premier class crown with his former Moto3 teammate.

“So, that’s great that we keep our relationship since then and right now we are 1-2 in the championship.

“Last year we were rookies and now we are there to fight for the championship, so I think it’s a cool story.”

Mir echoed that sentiment and says it’s “nice” that both are currently the leading protagonists in MotoGP with just six rounds to go.

“It’s so nice,” Mir added. “I remember that year really well, because it was not easy at the beginning of the year.

“It was my first year in the world championship and we both struggled a lot for half of the season. Then it was a bit better and in the end my season was not bad for the first one.

“But it’s nice that now both of us we are fighting for the championship and I’m really happy.”

Quartararo has won three races in 2020 while Mir is yet to register his maiden victory, though has scored more points than any other riders since August with a haul of 89 from four podiums and a fourth-place finish between Austria and Catalunya.

Both Quartararo and Mir were joined by Andrea Locatelli at Leopard back in 2016, with the latter dominating this year’s World Supersport Championship with 11 wins so far on a Yamaha to claim the title.

Why revised Le Mans MotoGP schedule is critical for Vinales