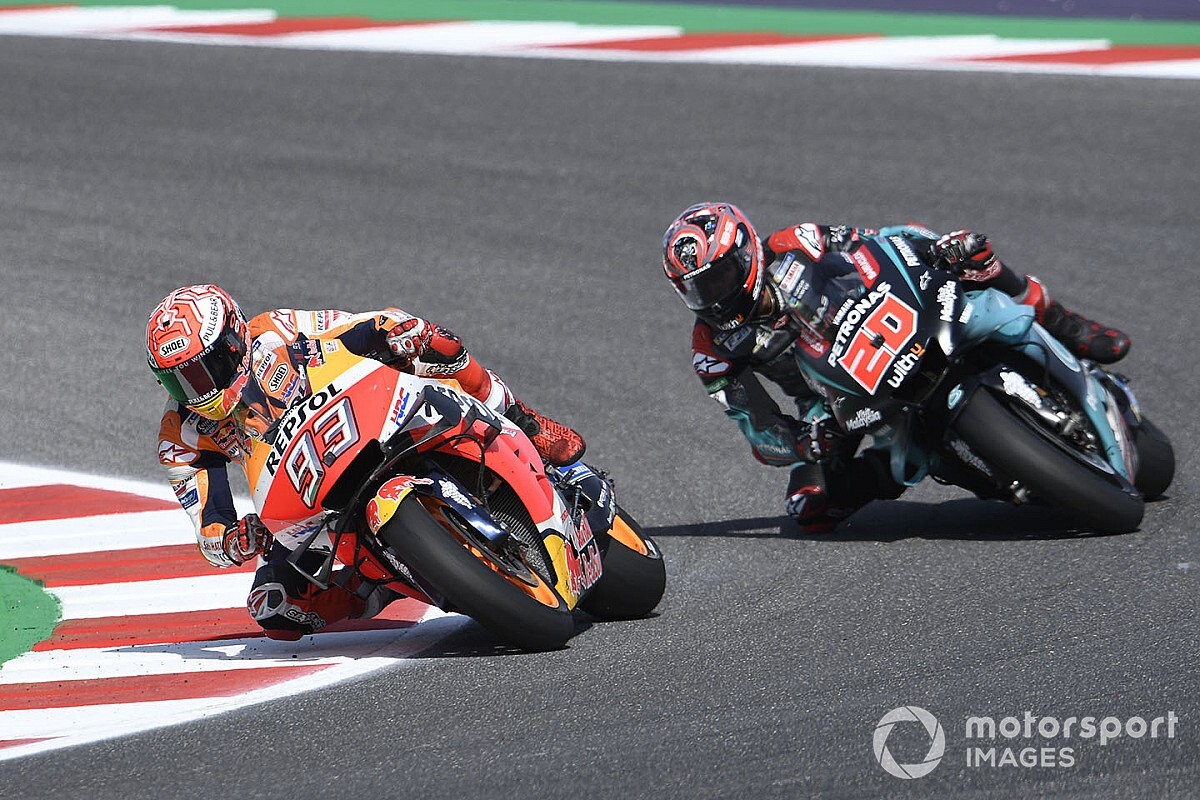 Petronas Yamaha rider Quartararo grabbed the lead from works counterpart Maverick Vinales on the run to the fast Curvone right kink on lap three of 27, and ran at the front until the final tour, resisting race-long pressure from Marquez.

The Honda rider passed Quartararo at the start of the final lap, but was countered at the Rio corner of Turn 4 before executing his race-winning move a few turns later at the Quercia left-hander to lead Quartararo across the line by just nine tenths.

Quartararo said the “good thing” about his Turn 4 retaliation on Marquez was that it proves the Honda rider is “human like us”, and has given him “a lot of confidence” as a result.

“I knew he would try something, but you never know with Marc,” said the Frenchman. “He can overtake and pull away because I really don’t know if he really saved his tyre.

“The good thing was I could overtake him back, and this going home gives me a lot of confidence, to say ‘he’s a seven-time world champion, but we can overtake him’. So, he’s a human like us.”

Commenting on his daring pass on the last lap, Quartararo says it was necessary or else it would have been “impossible” to overtake the Honda rider anywhere else.

“On corner three I was on the kerb," he reflected. “During all the weekend I didn’t go on this kerb and was only for this overtake because I knew if I didn’t overtake him back here, it was [going to be] impossible to overtake him again."

Despite his defeat, Quartararo hailed his battle with Marquez as as the “best moment not only of my career, but of my life”.

He continued: “When you have a seven-time world champion behind you for 20 laps and he overtake you at the first corner, you overtake him back on corner four, I was so happy to have a fight with him.

“I think we managed the tyre in a really good way; left side of the tyre was lot more critical than him, but the right side we managed well. So, step by step we are learning and this is really good for us.” 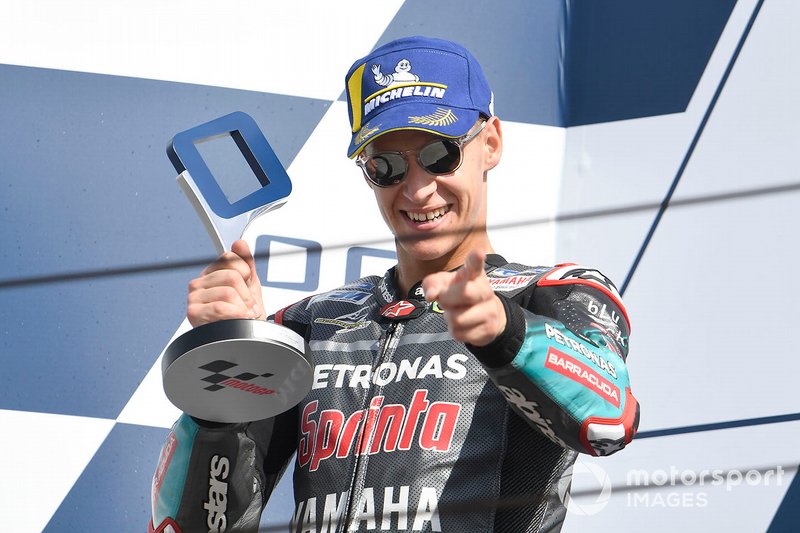