Quartararo: Mid-season surgery a must to avoid DNF at Assen 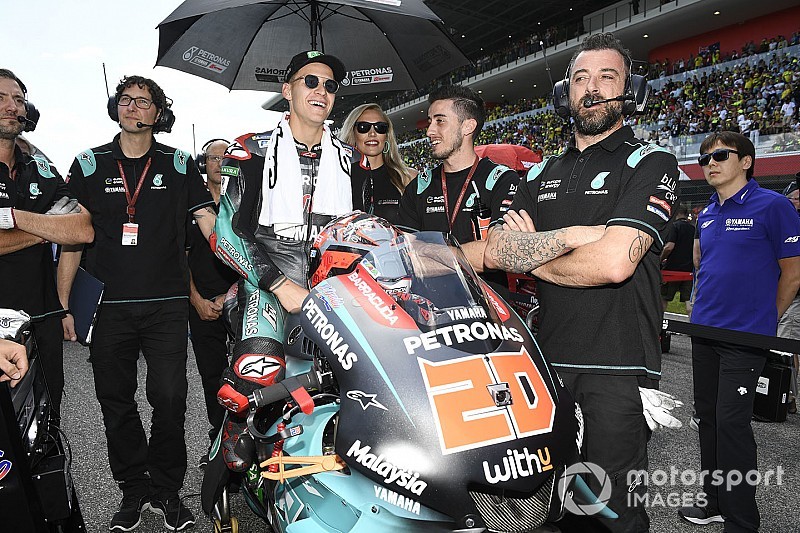 Quartararo underwent an arm pump surgery on Tuesday after the previous MotoGP race at Mugello, where he finished 10th.

The Frenchman was declared fit to take part in this weekend's Catalan GP, but he admitted that he won't be fully fit during the weekend.

When asked why he didn't wait until summer break, which is three races away, Quartararo said he'd feared that he wouldn't be able to reach the finish at the Dutch TT at Assen, the next round after Barcelona.

"In Qatar, I already have small alerts, in Le Mans last two laps and Mugello was half of the race," said Quartararo.

"I decided to make it [the surgery] there [after Mugello] because I know here is a tough track and Assen, I already have some alerts in Moto2.

"If I didn't make it for Assen, for sure we can't finish the race. Assen and Sachsenring are two races in a row, I think is good to have already arm prepared for these two hard races."

Quartararo added that the Italian Grand Prix at Mugello was particularly difficult, prompting the decision to go ahead with the surgery.

"Mugello race was critical because we have some problems on the front tyre so I needed to push much more the way I had to manage my physical condition and my arms were difficult so I get arm pump in the middle of the race.

"We make not a, let's say, fast surgery, we make all the tests [and then] we decided to make it.

"It was a clear vision from Dr [Xavier] Mir [MotoGP doctor], he said that one day or another one you will need to make the surgery. We decide to make it now."