Yamaha's domination in the MotoGP Andalusian Grand Prix was helped by a tyre preparation technique Michelin advised all the teams to do.

Motorsport.com has learned that MotoGP tyre supplier Michelin sent an email to all teams during the second round of the 2020 campaign recommending them to scrub the soft rear tyre in Sunday’s warm-up session.

The scrub consists of three laps: a slow out-lap, one fast lap, and then an in-lap.

The idea behind this is that the scrub removes the film from the tyre, and then after it has been left to cool before being put back in the blankets, a chemical reaction occurs in the rubber.

This makes the tyre more heat resistant, with its working range 10 degrees cooler than normal, which increases the durability of the rubber.

A spokesperson from Michelin explained: “From time to time we make recommendations to the teams that we believe can help them, but the choice to follow them is always theirs.

“You do all three laps. Then you leave the tyres uncovered with the heaters to cool. Once cold, you cover them again until the moment of the race.

“The procedure makes the compound more heat resistant and can reduce the temperature by 10 degrees.”

Only Yamaha's four riders, including Petronas SRT rider Fabio Quartararo, and Suzuki’s Alex Rins completed the scrub in warm-up on the soft tyres they would later use for the races, even though the entire field opted for the soft rear compound.

With track temperatures reaching a blistering 60 degrees Celsius in the race, Quartararo was able to benefit instantly by pulling a healthy lead in the early laps he never relinquished.

“Normally we always start with a brand new tyre on the starting grid,” Quartararo said after the race. “But this time we decided to go three times around with the tyre in the warm-up in the morning, and then go out to the race with the tyre already used.

“It took effect and I want to congratulate the team.” 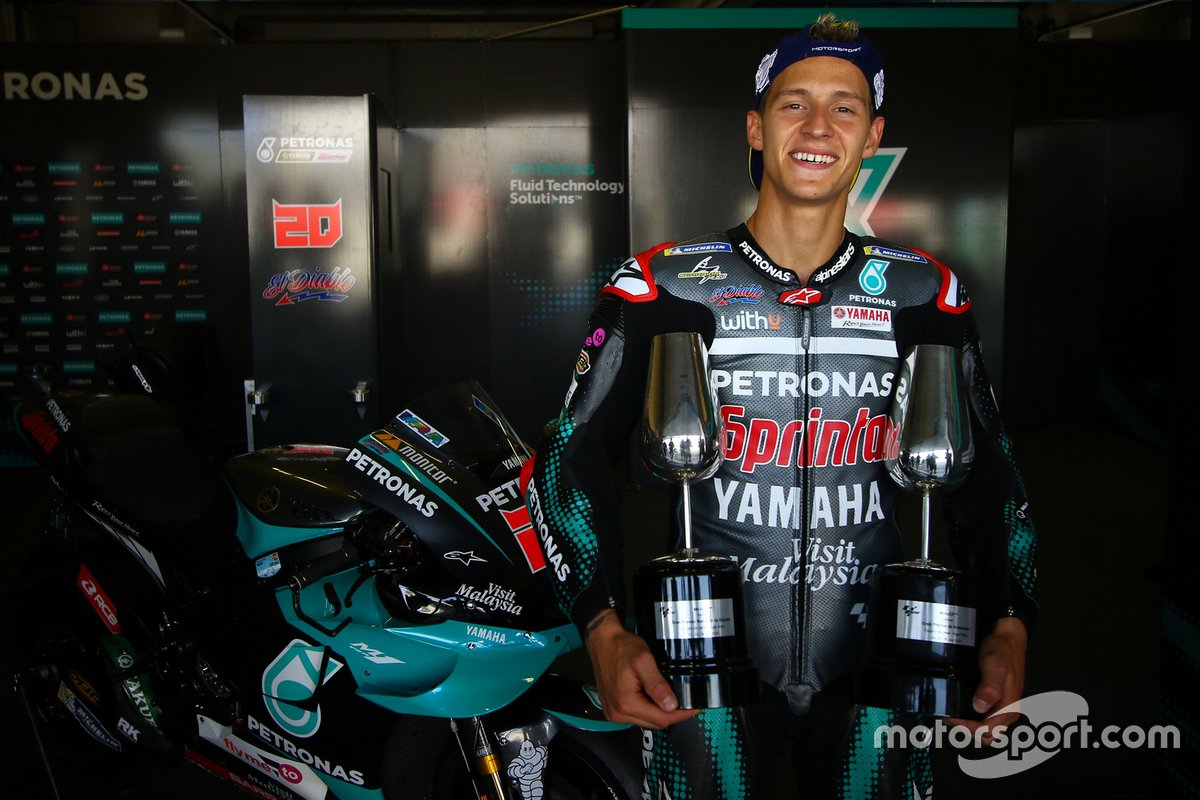 Rajah Caruth is the latest member of NASCAR’s Drive for Diversity program to move to fulltime competition in one of NASCAR’s three national series.

AlphaTauri Formula 1 driver Yuki Tsunoda reckons the role of team leader at the Faenza squad will go to whoever is the fastest driver in 2023.