MotoGP rookie Fabio Quartararo has been upgraded to a 2019-spec Yamaha for his debut premier class season with the newly-formed Petronas SRT outfit.

The Petronas team, which replaces Tech 3 as Yamaha's B-team in 2019, had originally planned to put Moto2 graduate Quartararo on a 'B-spec' year-old bike this season.

However, a late decision has been made by Yamaha to supply its new satellite operation with two 2019 machines for its first premier class campaign, meaning Quartararo joins teammate Franco Morbidelli in having the current bike at his disposal.

Despite being on the new bike, it will still be a B-spec package for Quartararo. Morbidelli will still be prioritised for upgrades being handed down by the factory, the Italian set to receive upgrades two races after they are debuted by works pair Valentino Rossi and Maverick Vinales.

Quartararo will also have fewer engines to use over the course of the season than Morbidelli, with slightly reduced rpm to extend their life.

"That Fabio will have a 2019-spec Yamaha is a very good sign, and indicates Yamaha's mindset," team manager Wilco Zeelenberg told Motorsport.com. "It's something that has surprised even Petronas.

"It relates to the engine and other components, in addition to the upgrades. Fabio's engines will be a bit more limited than those of the others, but that is normal because he is in his first year and has to adapt to the category."

Morbidelli and Quartararo both made a strong impression in post-season testing last year at Valencia and Jerez, Morbidelli ending up sixth overall in both tests.

On the opening day of 2019 running on Wednesday in Sepang, Morbidelli was 12th-fastest, eight tenths slower than pacesetter Marc Marquez, while Quartararo placed 18th.

"These results would have been impossible without Yamaha, which from the first day has been helping us," added Zeelenberg. "In Valencia and Jerez there were 10 engineers from the factory in our workshop.

"Petronas is not here to survive, to let the years go by. It has entered the championship the way it did in order to win." 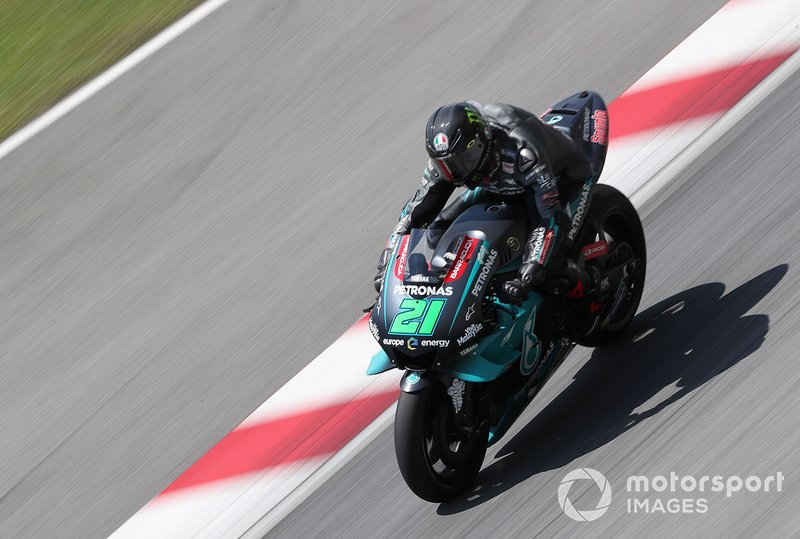