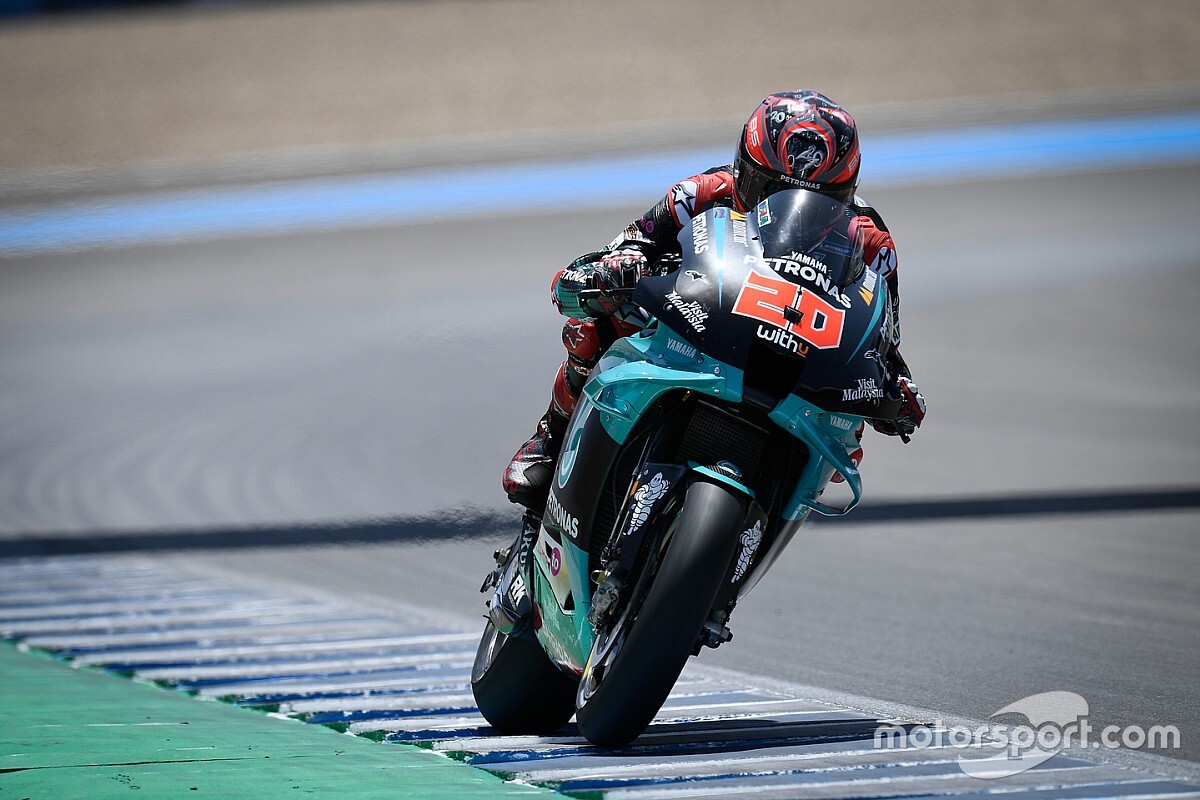 Marquez’s broken arm and absence from the Andalusian and this weekend’s Czech GP means he potentially faces a deficit of 75 points should he return at next weekend’s Austrian GP.

But Quartararo doesn’t feel like he has been elevated to championship favourite amidst Marquez’s absence and says he won’t change his approach from the Jerez races.

“No, honestly right now I’m not thinking about the championship,” Quartararo said when asked by Motorsport.com if he felt any added pressure.

“It’s only our third race of the season, so honestly, I’m taking it race by race.

“I think it’s so important because it’s not the way... well, I’ve never been in this kind of situation at that level, but I think it’s not the correct way, to think about the championship in the third race.

"I’m just thinking about this race, I feel the same as before. So, for me, the pressure is none. I just want to keep working like in Jerez because I was so happy to become [a race winner] and work in a really good way.

“At the moment I feel that we have the potential to fight for the podium, for victories, so I just want to keep going on this way and don’t think about the championship.”

Though Quartararo is keeping his feet on the ground regarding the title, KTM’s Pol Espargaro believes the Frenchman is now in a “privileged place” as his nearest rival is on the same bike and he has proven to have so far been better.

“He’s right now in a privileged place because the guy behind is a guy with the same bike as him, and the third guy [in the standings] is [Andrea] Dovizioso, who we see in Jerez was struggling a lot,” Espargaro said when asked about Quartararo facing a title charge in his sophomore campaign.

“So in the end, his rival at the moment is himself because if he’s performing well with the Yamaha, at least he’s going to perform exactly the same as Maverick.

“They have the same stuff and this is perfect. In the end you have the info of the guy chasing you.

“Inside the pressures of trying to be world champion, he’s in the best position. His rival is himself, or at least his bike or his teammate in another team.

“For me, he has zero pressure because he’s very young and he has plenty of time to fight for world titles.

“I don’t think he’s really feeling the pressure or is under so much pressure that he will feel it.”