Rabat hospitalised after being hit by Morbidelli's bike 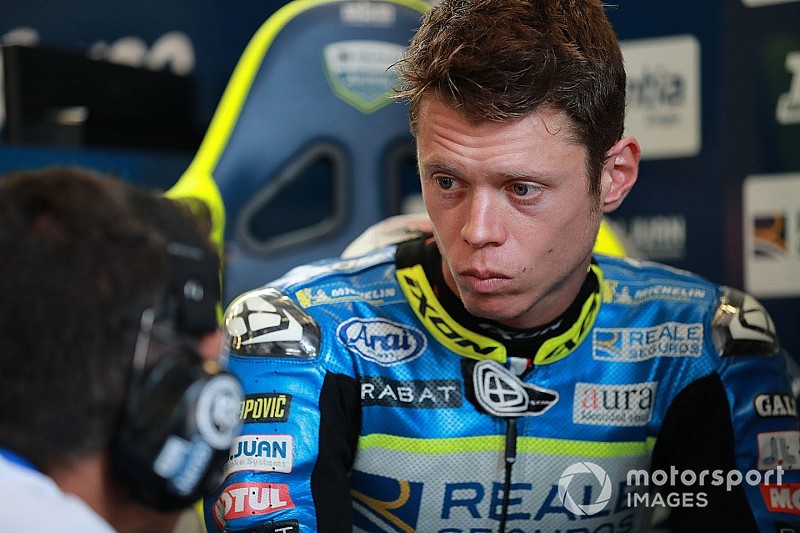 Avintia Ducati MotoGP rider Tito Rabat has been taken to hospital with a suspected broken leg after he was struck by the bike of Franco Morbidelli at a rain-hit fourth practice session at Silverstone.

Jorge Lorenzo and Aleix Espargaro both fell before Suzuki's Alex Rins jumped off his bike at 160km/h (100mph).

Rabat was next to crash and, as the Spaniard walked away from the incident, he was struck by the Marc VDS Honda bike of Morbidelli, the fifth and last rider to fall.

The Avintia rider was then airlifted to the University Hospital Coventry with a suspected triple fracture in his right leg, forcing Rabat out of Sunday's British Grand Prix.

It was the second heavy crash for Rabat this year but he escaped his incident during a Michelin tyre test in Barcelona with a small muscle rupture in his left arm, and did not need to skip a race.

Rabat is in his third season in MotoGP, and his first on a Ducati, the 29-year-old sitting 14th in the standings.

Silverstone MotoGP qualifying - as it happened