Rabat was due to start the race from the pitlane - and with a five-second penalty - after having picked up a penalty for exceeding his season-long allocation of seven engines.

The Spaniard, who was 21st-fastest on Friday, did not take part in Q1 on Saturday.

Now Rabat has decided not to take part in the Motegi race, a choice not only influenced by his penalty but also an injury to his right hand, reportedly picked up in a training crash.

It means the grid for the Japanese GP is reduced to 22 bikes, with Suzuki wildcard Sylvain Guintoli the only additional rider taking part this weekend.

Yamaha test rider Katsuyuki Nakasuga is absent, having been a permanent presence on the Motegi MotoGP grid from 2012 up until last year. 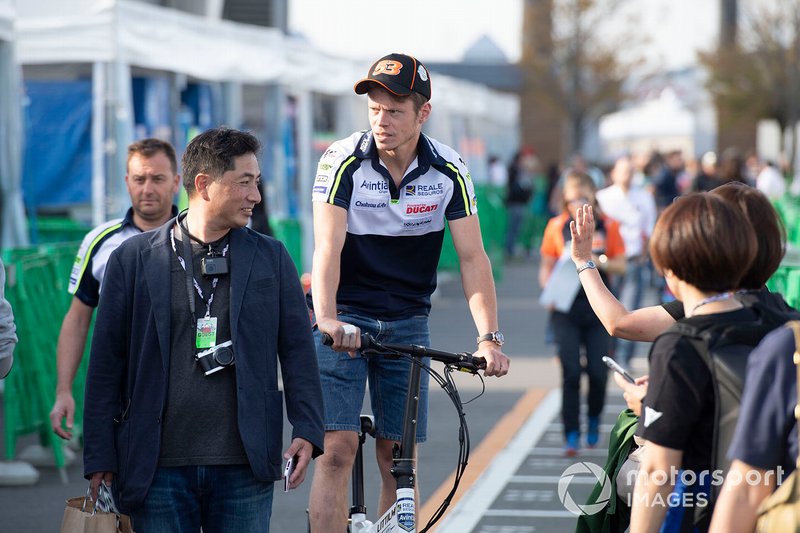