Torrential rain at the Buriram International Circuit has delayed the start of MotoGP track action on Saturday.

The third MotoGP practice session of the Thailand Grand Prix weekend was due to begin at 9.55am local time, but did not go ahead as scheduled.

This was because the track conditions remain unsuitable for racing after morning rainfall turned into a downpour shortly before the planned 9am start of the opening Saturday practice in Moto3.

At one point over the subsequent hour the rain looked to have eased off sufficiently to allow for track action to kick off, but it picked back up before competitors could begin practice.

Finally, after rain had subsided once more, the Moto3 session began at 10.20am.

The organisers announced that the Moto3 and Moto2 FP3 sessions have been reduced to thirty minutes each, whereas MotoGP's third practice should run the full 45 minutes and is provisionally locked in for an 11am start.

The current weather and track conditions mean that the MotoGP FP3 session is unlikely to alter the combined practice classification which determines who progresses to Q2 automatically, after both of Friday's session took place in the dry.

Factory Ducati rider Danilo Petrucci and LCR Honda's Cal Crutchlow are thus among those who face having to fight their way through Q1 on Saturday afternoon. 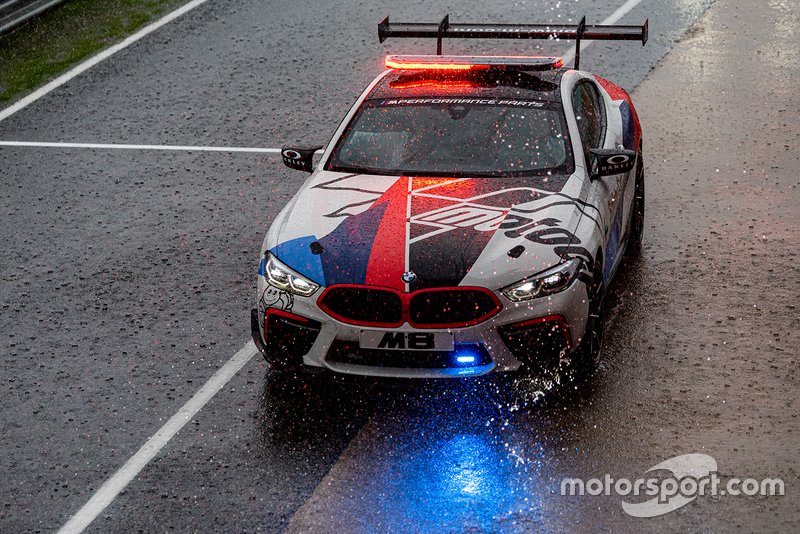