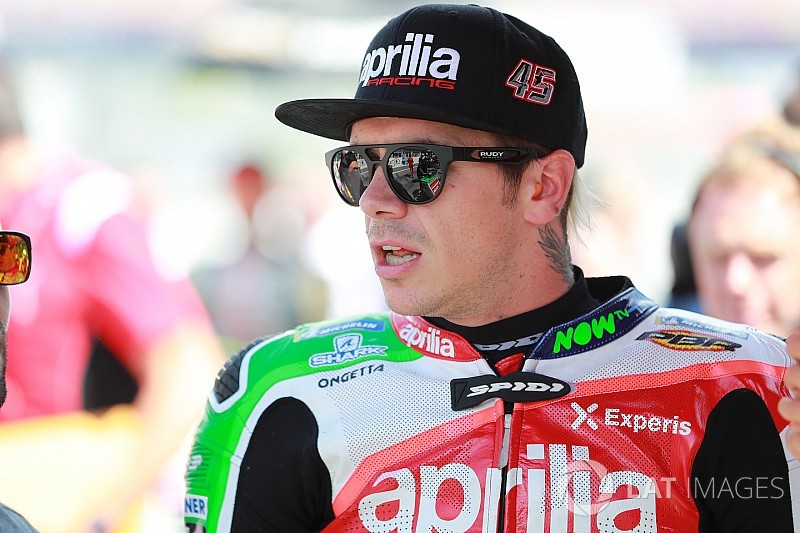 Scott Redding has issued an apology to Aprilia for describing the Italian manufacturer's MotoGP bike as a "piece of s***" after last weekend's Austrian Grand Prix.

Redding was left unable to contain his emotions after finishing 20th in dry conditions at the Red Bull Ring, despite the fact he had finished inside the top three during two wet practice sessions earlier in the weekend.

The British rider described the situation as "heartbreaking" before going on to strongly criticise his RS-GP bike and the Gresini-run Aprilia team's efforts.

“You cannot make a piece of s*** shine," he said. "I know it sounds harsh and I shouldn't say it, but that is what it is. You're trying to make something average be better.”

"I am here today to say that I owe a huge apology to the Aprilia Racing Team and company," he wrote.

"What I said [in my] Sunday afternoon post-race interview was not acceptable by a long way. I was thinking with a lot of emotion from my heart. But I spoke out with rage which a young person of 25 [years] can do very easily.

"Myself [at] age 25 should be a role model, much more mature and composed. The team and company of Aprilia Racing are doing the best they can to improve our MotoGP machine, we have some good items to test this week [at Misano] and I still believe this bike can be competitive.

"As a team you work, live, learn all together so from the bottom of my heart I deeply say a big sorry for my outrageous words that [were] said. I will learn from this."

Redding will be replaced by Andrea Iannone at Aprilia next season, and is weighing up several different options for his future, including an offer to stay at the Noale marque as a test rider.

He has also openly discussed the possibility of switching to World Superbike, stepping back to Moto2 or even joining British Superbike in recent weeks.

Vinales: 'It's impossible to enjoy riding when you're 12th'