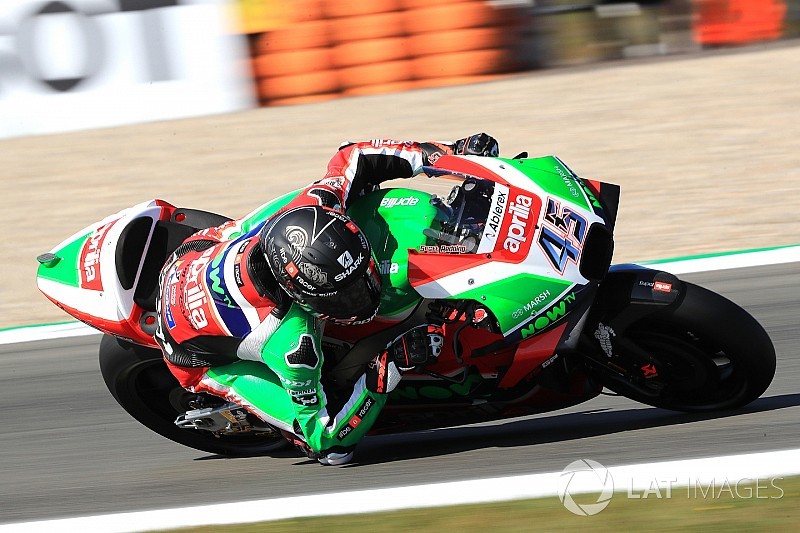 Aprilia MotoGP rider Scott Redding says he was “breaking down” under the pressure of trying to improve the bike before he knew he would not ride it in 2019.

Redding will be replaced by Andrea Iannone, currently riding for Suzuki, in 2019, but felt pressurised into developing the Aprilia RS-GP and improving results before knowing he would lose his ride.

Since learning of his fate, Redding's form has seen an upturn, the Briton backing up his season-equalling best finish of 12th in Barcelona with a solid run to 14th in Assen.

“In Mugello I had that much pressure to make it on a bike that was not working, I was breaking down because I don’t want to go on it, because I’m there to make results that I cannot physically do,” he said.

“I’m breaking down and after that I was like, you know what, I ain’t destroying my mind anymore. I go ride the bike because I want to.

“I don’t even concentrate on it. Like I’m that, not over it, I’m that ‘just do as you want’, I don’t even think about riding the bike.

“Obviously I come in I give my information, we tweak it I walk out the pit box I check the times and that’s it until the next practice. It’s just I want to ride the bike, that’s the difference.

“And now I enjoy to ride because I gain more on what I do. My package is okay, it’s not great, it’s not terrible, it’s okay and that’s it, I just ride the bike, I come in get changed and do the same later on.”

Redding has been offered the chance to remain with Aprilia as a test rider in 2019, but has previously mentioned a return to Moto2 or a switch to World Superbikes as options to further his career.

“I want to get a couple of options that I can and we’ll see," he added.

“Right now my mind is just free, do what I want, just literally do as I want and then do the results, enjoy the race, go home, come back and do the same.

“Until I get some real offers on the table that are respectable, then I’m not even going to look. There’s no point, so what I think I’m doing now is not bad.”