Redding declares Sachsenring the "worst race of my career" 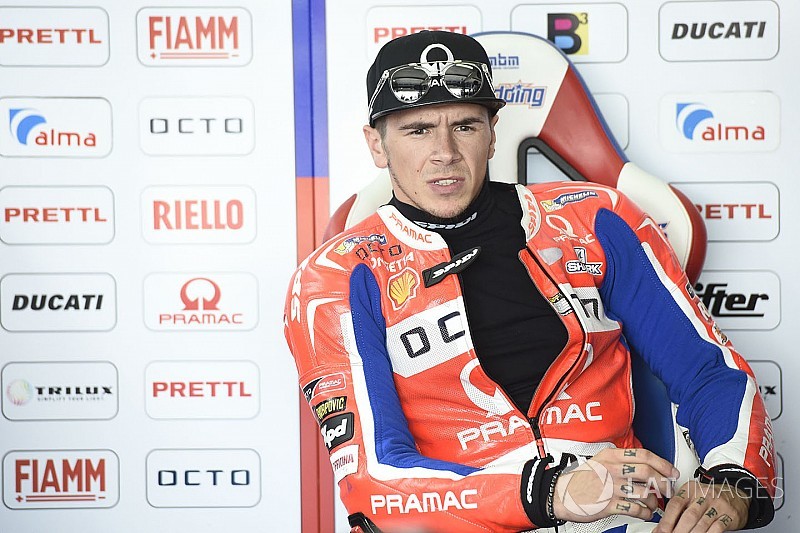 Pramac Ducati rider Scott Redding has declared his ride to 20th in the German Grand Prix the “worst race of my career”, and admits his poor recent form leaves his MotoGP future uncertain.

Starting from 23rd on the grid, Redding made little progress in the Sachsenring race, ending up a full minute behind race winner Marc Marquez and only narrowly fending off Alex Rins to avoid being last.

The British rider’s 20th place marks his worst finish since he joined the premier class in 2014.

“Awful, if I’m honest,” Redding told BT Sport when asked about his race. “No feeling again.

“This morning [in warm-up] I felt quite good, quite comfortable, into the race I pushed forward a bit in the first couple of laps. But I didn’t find any grip in the tyre, just struggled all the way through the race.

“It’s the worst race of my career. I don’t know where to go from here, just disappointed in myself and the bike.”

Redding lies 13th in the points at the halfway point of the season, having kicked off his campaign aboard Pramac’s GP16 Ducati with a pair of top-10 finishes in Qatar and Argentina.

But since then the 24-year-old’s campaign has gone downhill, while teammate Danilo Petrucci has been in the ascendancy on his GP17 Ducati with two podium finishes in the last four races.

“I don’t know really what to change,” he added. “We could come to the next race, maybe it’s better, maybe it’s worse. That’s the problem we have, there’s no real consistency.

“I’m frustrated because I expected more this year but it just seems to be getting worse for me for some reason. I find it quite hard to keep fighting [to reach] where I think I should be, but never achieving it.

“It just gets harder, it’s hard to keep picking yourself up when you keep doing it. I’ve been doing it for a few years now and it starts to wear you out.”

While Petrucci signed a fresh deal to remain at Pramac in 2018 over the Sachsenring weekend, Redding’s place at the squad appears in danger, with current Marc VDS Honda pair Jack Miller and Tito Rabat both having been linked to his seat.

Redding admitted his current performances are not doing his chances of being retained any favours.

Asked if he feared for his MotoGP future, he replied: “I wouldn’t say I’m worried, because if it’s the end, it’s the end. But my performances aren’t helping me at all.”