Alex Rins says his Suzuki MotoGP bike gave him "no warning at all" about the crash that cost him second place in the German Grand Prix at the Sachsenring.

The Spanish rider recorded his second consecutive DNF on Sunday, following on from his accident while running in the lead group during the Dutch TT at Assen last weekend.

Rins had been running a comfortable second, some three seconds behind Marc Marquez but clear of Maverick Vinales and Cal Crutchlow, when he lost the front end of his GSX-RR at the fast downhill right-hander of Turn 11 with 11 laps left of the 30-lap distance.

"It was a pity because I had a good feeling, but the bike didn't warn me at all," said Rins, who remains fourth in the points standings despite the crash.

"I entered [the corner] three or four km/h faster than on the previous lap, and with that I fell in that corner, which is very critical. If you make a small mistake you can't save it."

He added: "It’s a shame, because it’s two zeros [in a row]. Anyway, now first position in the championship is a bit far away, but we can fight for second."

Rins conceded there was nothing he could have done to prevent Honda rider Marquez from romping to victory at the Sachsenring, his seventh in a row in MotoGP at the German venue.

"Marc was a little bit stronger," he said. "He started well, he was in first position, he opened a little bit the gap when I was behind Maverick. I couldn’t try go to with him.

"I think we need to take the positive things. In Assen and here I felt strong, I was riding good in practices, starting well in the front positions."

Marquez extended his lead in the championship to a commanding 58 points over Ducati's Andrea Dovizioso, with Rins now 84 points down on the reigning champion.

Asked if he was still confident about fighting for second in the championship, Rins replied: "Absolutely. Now are coming tracks that I enjoy to ride.

"I think we have a competitive bike, so we can show our real potential."

He added: "Now [Marquez] has a good gap to the second one, [more than] 50 points. So I think it will be difficult to beat him. For sure we will try to win races, but he has a good gap of points." 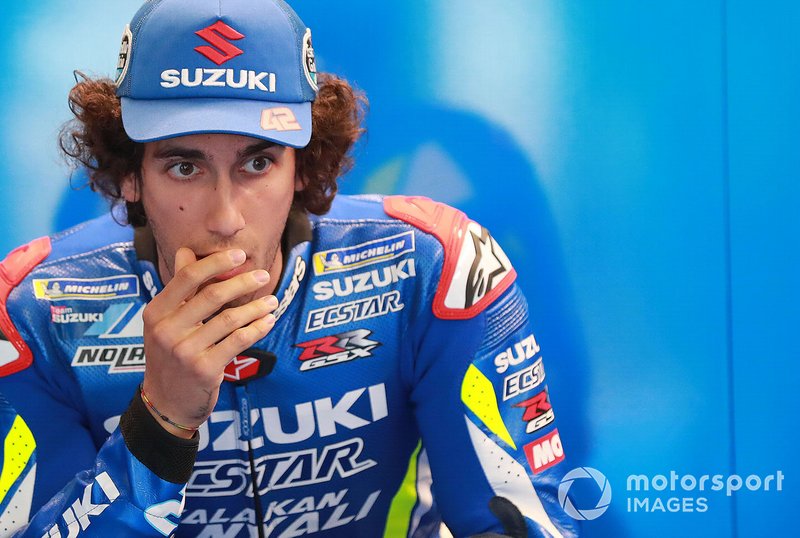