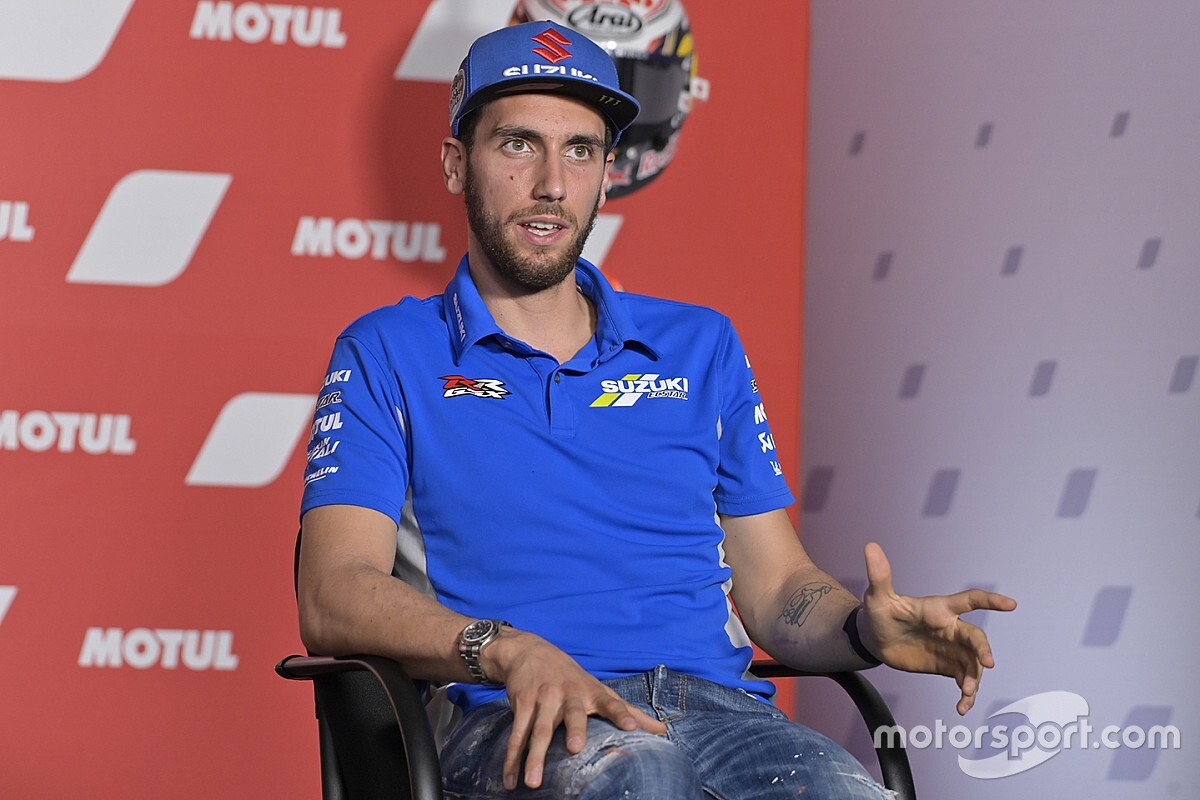 Alex Rins says he will evaluate after the MotoGP Portuguese Grand Prix whether he will need an operation on the shoulder he injured at the start of the 2020 season.

The Suzuki rider was ruled out of the Spanish GP in July when a crash in qualifying left him with a broken and dislocated right shoulder - an injury the after-effects of which plagued much of his season.

Rins crashed at the start of FP2 at the Algarve International Circuit on Friday and aggravated his previously damaged shoulder.

"FP2 was a disaster because I had this small crash on the beginning of the session in the third lap," Rins said on Friday.

"F***, I think it was the first crash on the right side since the injury and I have a bit of pain on the shoulder but nothing important.

"I was struggling during all the FP2 with this pain on the right corners."

Surprised to be suffering some pain after the crash, Rins admits he will stop off in Barcelona on his way home from Portugal to see famed MotoGP doctor Xavier Mir to assess whether he will need surgery.

"And about the operation, my plans are after the race I will take the car and I will drive to Andorra, my home, but before I will stop in Barcelona to see doctor Mir and analyse if it's good or not to get the operation, if it's necessary or not.

"And then let's see, if it's necessary I will take it as soon as possible.

"He has a good team. He always makes all my operations, so if I need to get the operation, I will stay with him."

Rins ended Friday's running in Portugal 17th on the combined timesheets as a result of his crash, but feels he could have been inside the provisional Q2 places without his spill.

The Suzuki rider aggravating his shoulder hasn't come at the best moment, as he looks to end the season in runner-up spot - something he admitted on Thursday would be a "dream come true".

Should he achieve it, it will mark Suzuki's first 1-2 in the riders' championship since the 1981 500cc campaign when title winner Marco Lucchinelli headed teammate Randy Mamola.

The Yamaha trait that might just tame “stressful” Portimao

Morbidelli to contest WRC Rally Monza in a Hyundai