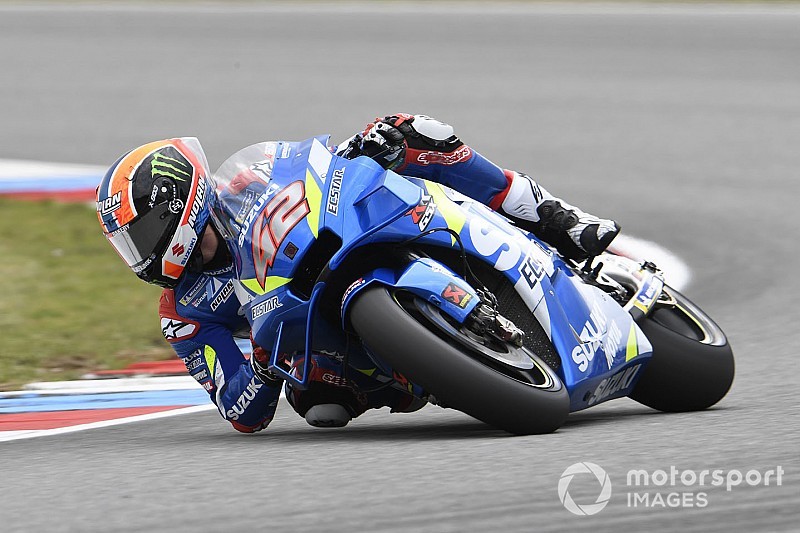 Suzuki rider Alex Rins says he feared his rear tyre might explode during Sunday's Czech Grand Prix after missing out on a place on the podium to Jack Miller.

Rins held third place for the majority of the Brno race, but slipped behind the Pramac Ducati of Miller on the penultimate lap and was forced to settle for fourth place.

The Spaniard said that severe rear tyre drop was to blame for losing third, although he was satisfied to finish after crashing out in the previous two races at Assen and the Sachsenring.

"I suffered quite a bit throughout the race," Rins said. "At the beginning I was calm, riding with [Marc] Marquez and [Andrea] Dovizioso in front.

"With 11 laps to go I really started to suffer with the rear tyre. I had to start going over the kerbs to find grip and traction. I was spinning on the straight and I had to go up through the gears so I wouldn't do it.

"There was moment when I thought, 'be careful or maybe the tyre will explode'. It hadn't happened to me before like today.

"But otherwise it was a good race. After two crashes it's good to finish fourth."

Rins made the headlines earlier in the Czech GP weekend when he and Marc Marquez came to blows during qualifying, with both being summoned to Race Direction as a result.

The Suzuki rider said Marquez had "no respect" for his rivals and made a reference to the reigning champion's accident at Sepang in 2011 which left him fighting for his career as it nearly compromised his eyesight.

Rins apologised for the remark on social media and after the race he clarified that he and Marquez had cleared the air.

"We spoke face-to-face as people," said Rins. "Race Direction asked us what happened and each of us explained it to them.

"In the end, I apologised. What I said about his sight was in the heat of the moment and anyone can do that.

"We talked about it and we get on very well. I spent a lot of time with his brother [Alex, when they were teammates in Moto3] and even with him in previous years, so it's all fine." 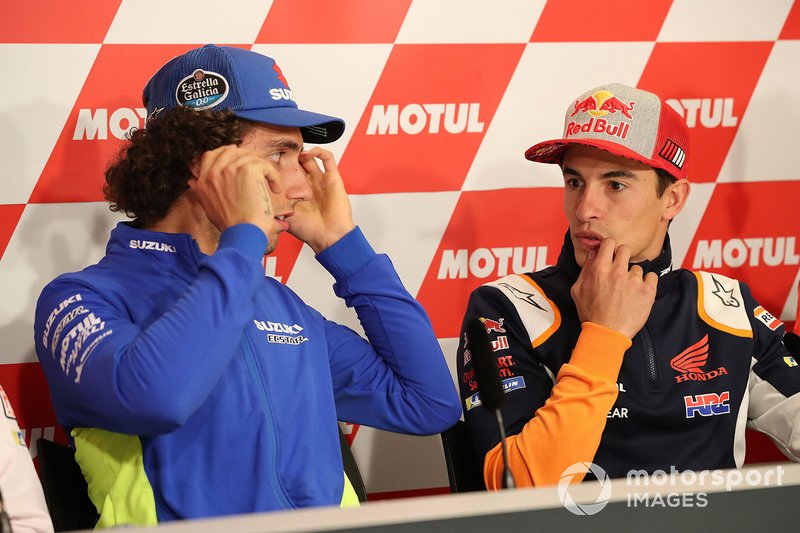 Racing Point has "no case to answer" in Renault protest

Racing Point has "no case to answer" in Renault protest