Following his victory in Silverstone in August, Rins has not finished higher than fifth, with a best grid slot of eighth in the four races since his win.

The Spaniard admitted that Suzuki's poor qualifying form was a particular hindrance last weekend in Motegi, as he and Joan Mir qualified down in 11th and 12th respectively and could only recover to seventh and eighth places in the race.

Rins acknowledged addressing the GSX-RR's lack of speed over one lap will be necessary to find a way back on the podium in the final races of the season.

"We need to improve Saturday," he said. "It was a problem to start on the back, as you can see.

"Usually I am used to starting fast, but we had some problems on the clutch and I ended the first lap two positions back from my starting position.

"Then I recovered positions, but you need to push more the front, push more the rear, open the throttle earlier and finally you destroy the tyres.

"I recovered a lot of positions, but fighting with [Cal] Crutchlow in the end he overtook me and finished in front of me. Anyway, P7 is nice points but we need to keep working.

"We have the pace to fight for the podium but we need to improve qualifying."

Asked how he and Suzuki could go about fixing the issue, Rins replied: "I will fix it doing more gas, taking more risks. It’s the only thing to improve."

With three races to go, Rins remains third in the points but is now level with Yamaha rider Maverick Vinales - who finished fourth in Japan - while Danilo Petrucci (Ducati) and Fabio Quartararo (Petronas Yamaha) are also within striking distance.

"We started a new championship with 75 points [available]," said Rins. "One of the goals is to finish third. But we see that we can improve our motorcycle.

"We have to take information to take that step next year. We need to improve a bit of everything: braking, electronics, aerodynamics." 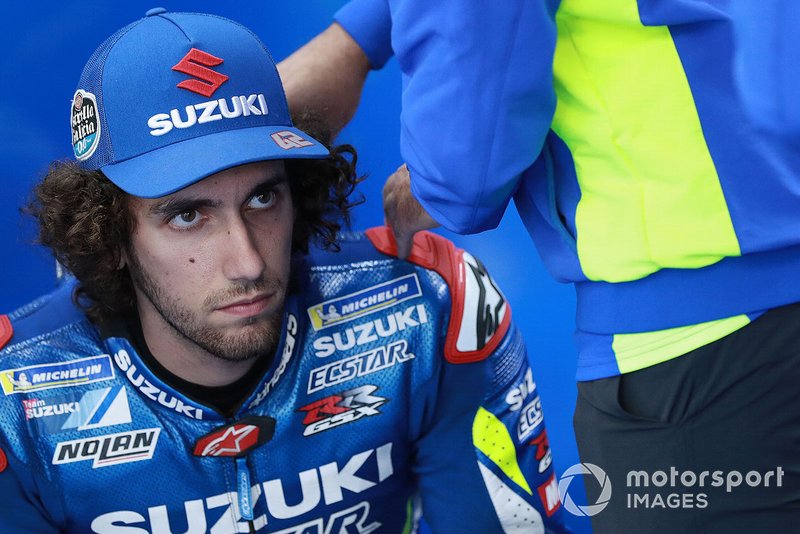 Rins: Nakagami "one of the most dangerous" MotoGP riders

“No chance” Suzuki will have MotoGP presence in 2023, says team boss