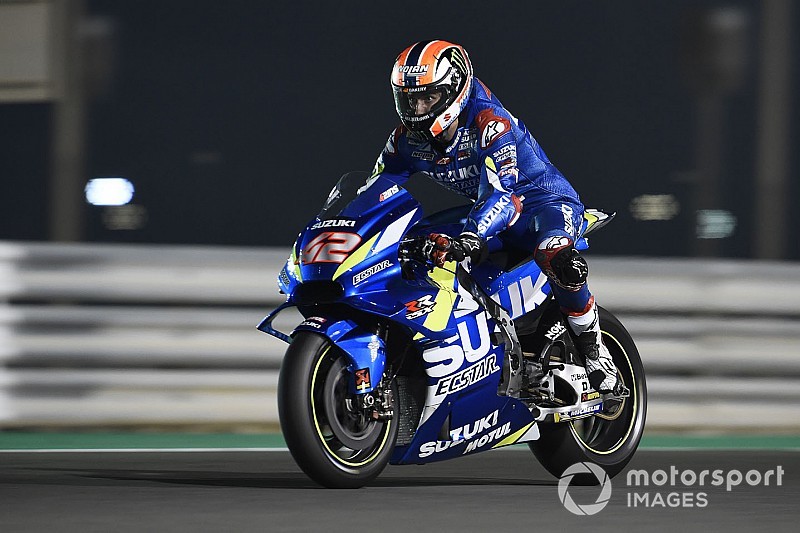 Like on the opening day of the test, factory Ducati duo Danilo Petrucci and Andrea Dovizioso spent the most time on top of the timesheets, but both were beaten by Rins and Vinales in the end.

Petrucci was the first rider to beat Vinales' benchmark from Day 1 by going below the 1m55s barrier, only to be demoted by the Yamaha rider and then Rins as the test was coming to a close.

Vinales went three tenths faster than Petrucci but Rins soon went even quicker with two hours left on the clock.

Petrucci ended up fourth ahead of the top Honda of Marc Marquez and Aprilia's Aleix Espargaro, who made it five different manufacturers in the top six.

LCR Honda man Takaaki Nakagami improved on his Day 1 position by one to take seventh, narrowly outpacing Dovizioso, who dropped as low as eighth.

Nakagami's teammate Cal Crutchlow, who had one '18 and '19-spec Honda at his disposal, grabbed ninth with Pol Espargaro leading KTM's efforts in 10th.

Espargaro's teammate Johann Zarco had another low-key session in 17th.

Jorge Lorenzo improved by 1.3s compared to Day 1 but was only 18th, although still ahead of Yamaha's Rossi, the Italian only grabbing 19th, more than a second adrift of Vinales.