Rivola arrival has made Aprilia 'much more serious'

Rivola spent 20 years in F1, working with Minardi before moving to Toro Rosso and then Ferrari as sporting director in ’09, where he oversaw the development of its new star Charles Leclerc in its driver academy.

He joined Aprilia as CEO at the start of 2019, with Espargaro noting Rivola has made the team “a lot more serious” even if he was not “able to do everything he wanted” in his first year.

“I think Massimo was not able to do everything he wanted, because when you arrive in a new place you need to understand how it works,” Espargaro said.

“For an intelligent person like Massimo, they listen a lot, they wait, they are patient. So, this needs more time. But the way he arrived and the impact of the first season, I’m very happy. The team is a lot more serious, the garage is 10 times more professional than in the other seasons.

“I think we are changing the image, so right now what we have to change is the competitiveness of the bike and the results. But it’s coming, because this year has arrive more engineers than in the last 10 years in Aprilia just in the last two months.

“So, in the future I think we will see the changes.”

Commenting on what Rivola brought from F1 to Aprilia in terms of working method, Espargaro highlighted the introduction of in-helmet radios at the Jerez test for use in the garage to allow him to talk to all of his engineers when he returns from a run.

“We tried a couple of things coming from F1,” the Spanish rider added. “Not like items on the bike, but the way they work.

“I think they are a lot better organised than us. In terms of communication we are trying a lot of things in this test with radios in my helmet to give better information to the engineers when I arrive in the garage. We are trying different ideas that are more than welcome.

“So, with this they can be in the track and listen fully to what I am saying and like this they can start to work immediately, they don’t have to read the reports.

“So, they are just small details. Obviously, the important thing is the bike is competitive, but these details are more than welcome because they will make life easier for the engineers.” 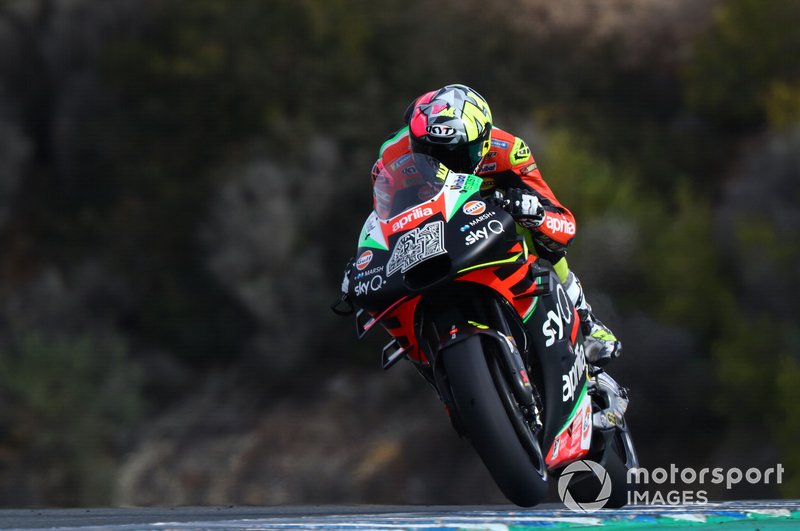