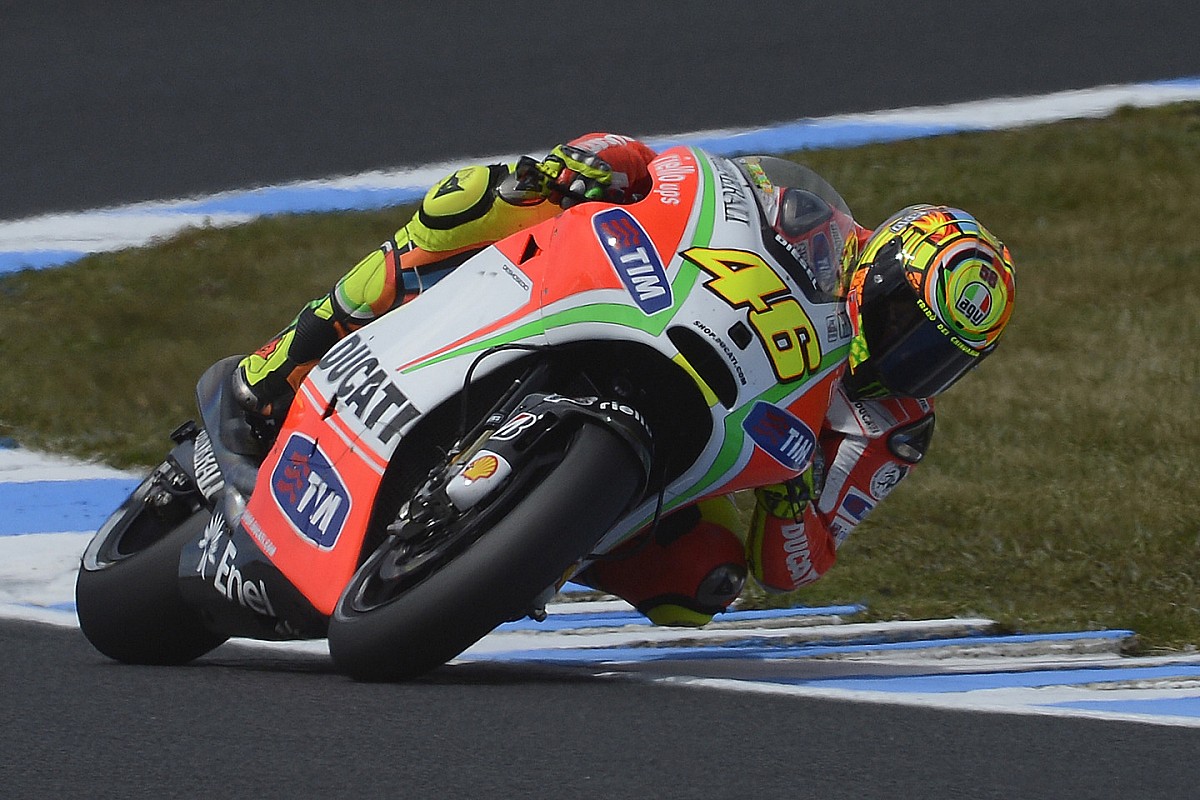 Valentino Rossi admits his current worst season as a Yamaha MotoGP rider is only “a little bit better” than his two difficult seasons with Ducati.

With two races still to run in 2019, Rossi sits seventh in the standings with 153 points having scored just two podiums so far, putting him on course for his worst season in Yamaha colours and his least competitive since his two-year stint with Ducati in ’11 and ’12.

Rossi has struggled all year with the Yamaha’s lack of straightline speed and to preserve the rear tyre, which ultimately led to him fading from an early lead in Australia to eighth at the chequered flag.

Comparing his current campaign with his time at Ducati, Rossi admits his feeling on the M1 is “not bad” compared to the Desmosedici, but his situation isn’t massively better.

“It is true, it is the worst [season with Yamaha], both in the championship position and in the number of podiums and points,” Rossi conceded.

“But, it is different compared to the years of the Ducati, because I have other problems.

“I suffer very much with the speed in a straight line, because I am very slow on top speed.

“I suffer a lot from the rear tire [degrading], so I struggle in the second part of the race, but the feeling with the bike is not bad.

“So, it's a little better than the most difficult seasons with Ducati. But, in the future we should try to be more competitive.”

Vinales: Third in standings would be a “trophy”

Rossi’s factory Yamaha teammate Maverick Vinales has regularly outperformed him this season, with victory at Assen and five other podiums putting him in contention for third in the standings.

Trailing Suzuki’s Alex Rins by seven points after crashing out of last weekend’s Phillip Island race, Vinales admits securing third in the championship would be a “trophy” given the number of mistakes he has made this season.

However, his main focus is still extracting the “maximum” from the M1 in the final races to “understand what we missed” this year in preparation for 2020.

“Being third in the championship will be a trophy, because we make many mistakes during the year, we’ve been knocked out three times,” said Vinales, who crashed out of victory contention in Australia.

“So, to have the chance to be third in the championship is for sure a trophy. If we have the opportunity, we will take for sure. But it’s not something I’m thinking about.

“I’m thinking more about taking the maximum to understand what we missed for next year, because I think if we work in a good way for next year I think we have a big opportunity to fight from the first race.

“So, in my head I’m thinking more about taking the maximum every day on the bike.”