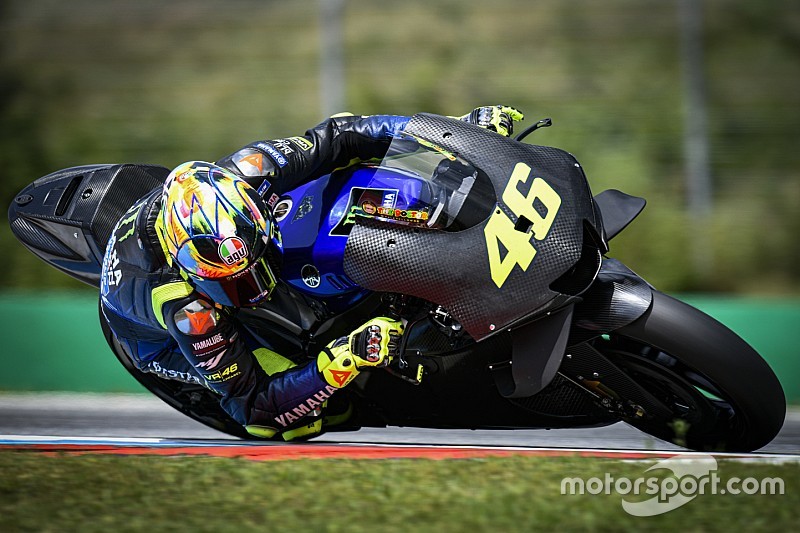 Valentino Rossi says he couldn't feel "a lot of difference" with the 2020 Yamaha MotoGP prototype rolled out for Monday’s post-Czech Grand Prix test, in which he was sixth-fastest.

For the first time in several years, Yamaha brought the first variant of the bike it will race the following season to the Brno test, with Rossi doing the bulk of the running on the machine.

Fitted most notably with a new engine, Rossi ended the day four tenths shy of Petronas SRT’s Fabio Quartararo, who was mounted on the current M1.

Rossi admitted that the new engine was not a significant improvement, although he is sure there is more to come for the two-day Misano test at the end of August.

“We don’t feel a lot of difference, but we expected [that] because it’s just a little bit different the engine and is not the [final] 2020 [version]," he said. "It’s just the first prototype.

"We work, we try something else, but we need more for sure."

He added: “We try to have more grip, especially from the rear. So we try some different settings because the rest of the bike is the same.

"We find something better, something worse, we fight a little bit with the wheelie. So we still have a lot of work to do.

"But it’s just the first touch, there is still a lot to do and I think in Misano after Silverstone will be an important test for everybody because we will have something else [to try]."

Teammate Maverick Vinales said after finishing a lowly 10th on Sunday he would not try the new bike, as he wanted to focus on rectifying the issues which hindered him in the race.

However, he completed a handful of laps on the ’20 bike at the end of the session, going second-fastest and missing top spot by just 0.012s.

While pleased Yamaha is already working towards next year, Vinales says the amount of rubber on track made it unclear whether the bike had gained grip compared to the current M1.

“Well actually it’s just a step, a small step,” he added. “I don’t know if it’s in the correct way, because we tried it when there was a lot of grip on the track.

“Normally our bike works pretty well [when it’s grippy]. We have to try it when there is no grip.

“I think Misano will be very good to test it, when it’s hot conditions, very slippery, and there we will know more realistic things.” 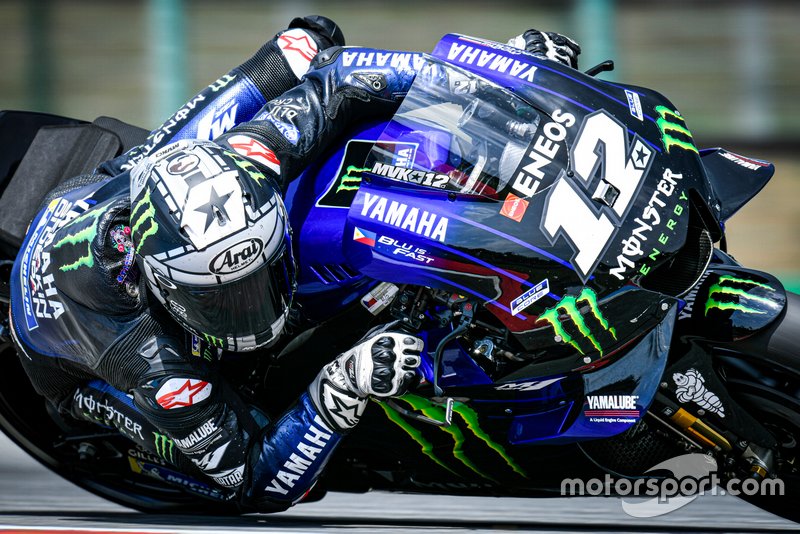