Rossi: Yamaha stuck with "the same bike" until Brno 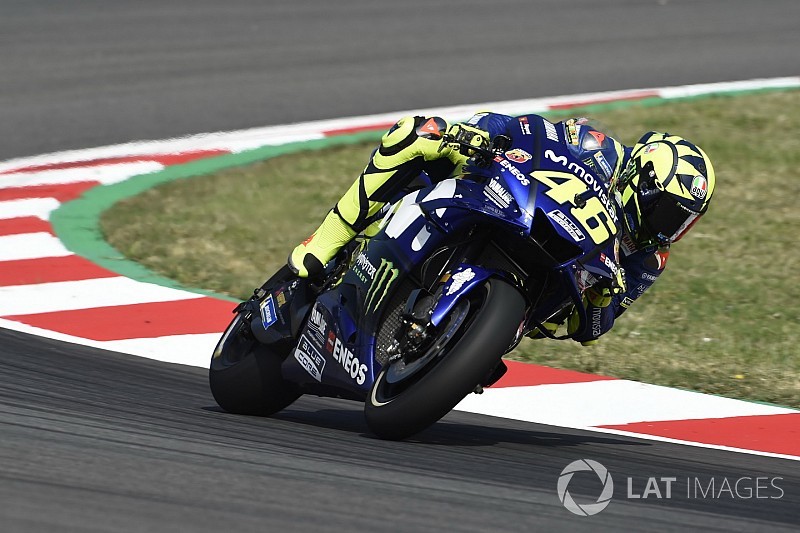 Valentino Rossi says the solutions he trialled in the Barcelona MotoGP test to fix Yamaha's long-standing acceleration problems didn't work, leaving him with “the same bike” until Brno.

While Rossi's on a run of three consecutive podium finishes, he and teammate Maverick Vinales are yet to mount a genuine challenge for victory in a MotoGP race in 2018.

Yamaha has been winless since last June's Dutch TT, its M1 bike struggling with acceleration and rear grip – something Rossi has repeatedly put down to a lack of development on the electronics side.

After finishing third in the Catalan Grand Prix, Rossi was 14th in the post-race test on Monday, over a second off the pace.

“[We] had two or three small ideas, or small things that I hope can help us in the acceleration - but unfortunately I was like yesterday,” Rossi said.

“And unfortunately looking at the data and everything, we are not able to go faster. It's a shame.

“But it's like this, it's not easy, it's a long work, so it's normal. We concentrate in other small things like this, but we don't find nothing special.”

Vinales, who finished ninth after focusing on heavy-fuel running, said Yamaha had brought “a little bit on the electronic” for the test, “but not the step we expect”.

Rossi says his hopes for gains on acceleration are now pinned on the test after August's Czech Grand Prix at Brno.

He said: “We have some small things here, but now the next test is in Brno. Brno Monday. We hope there to find something else. And from now to Brno, we race with the same bike.”

Asked whether the current bike was good enough to contend for race wins, Rossi chuckled before answering: “What do you think? But we try, we try for sure.”