Rossi: Becoming an “icon” in MotoGP “the best thing of my career”

Valentino Rossi says “the best thing” of his MotoGP career was how he “became something like an icon” and making motorcycle racing “more famous” globally.

The nine-time grand prix motorcycle world champion stands at the gates of his final MotoGP race in this weekend’s Valencia Grand Prix, as he gets set to call time on a truly glittering 26-season career.

The 42-year-old will make his 432nd grand prix start this weekend having amassed 115 victories – 89 of which in MotoGP – 199 podiums and seven top class championships.

Rossi has been the biggest driving force for MotoGP’s popularity over the last two decades thanks to his personality as well as his on-track achievements, and remains proud of this fact ahead of his final outing this weekend.

“I think that the most positive thing in my career is that a lot of people started to follow MotoGP to follow my career from the beginning, and the sport became bigger, more famous in Italy but also all around the world,” Rossi said when reflecting on his career as it draws to a close.

“It’s good to understand that during my career I became something different, something like an icon and this is a great, great pleasure also if for a rider it’s more important what happens on track, the result, everything.

“But I think this is the best thing of my career.” 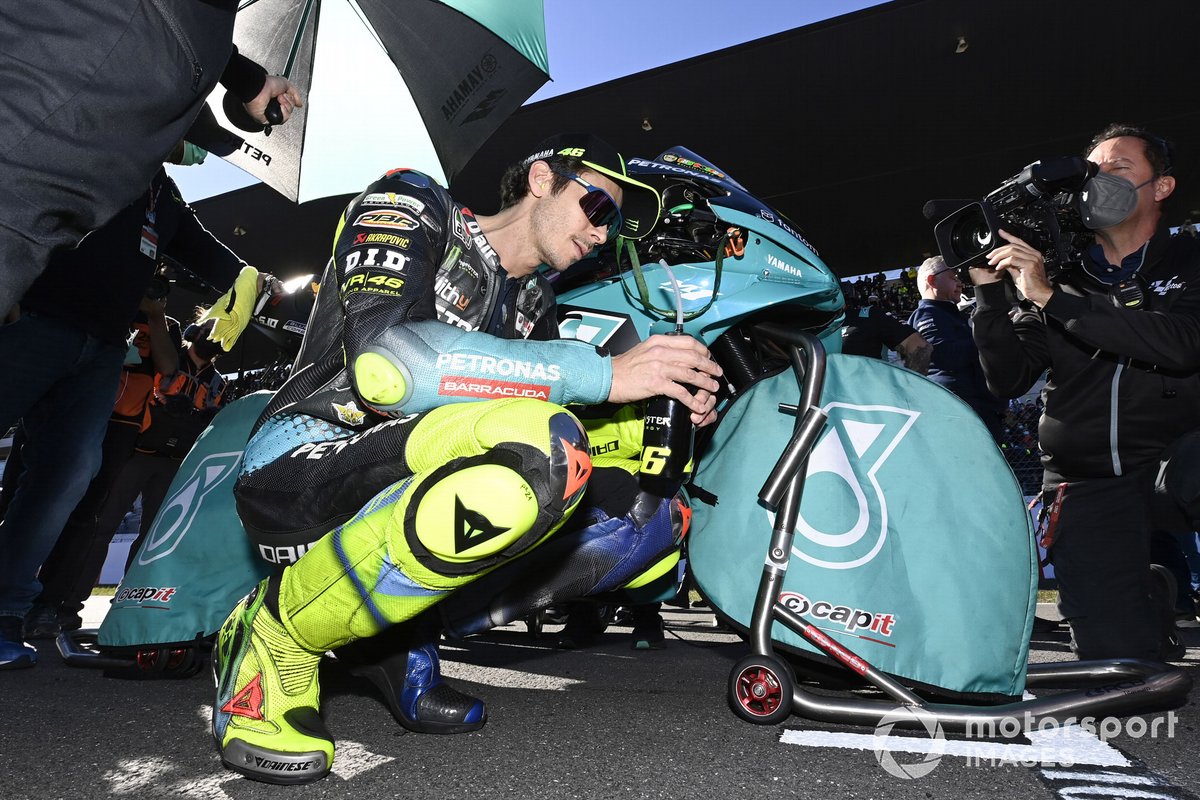 Rossi took part in a special ceremony where all of his championship-winning bikes throughout his career were unveiled before an exceptional press conference was staged on Thursday afternoon at Valencia.

The Yamaha rider admits “it’s a strange feeling” to be coming into his last race but is “trying to act in a normal way”.

“I always imagined this press conference, because it can arrive, but it’s here in Valencia that’s not a special place for me,” Rossi said.

“But it’s like this, and I have to say it’s a strange feeling.

“I try to act in a normal way because usually Valencia race is a good moment for everybody because it means that the holidays start after a long season because we are around from March and everybody is happy to stay at home for a bit.

“But you always think from Monday that it will be different, another life.

“I try not to think a lot in this way because we continue to race with the cars. [I’ll] try to enjoy this moment because life when you are not a MotoGP rider will change.”

MotoGP riders react to Rossi’s “end of an era” retirement