Valentino Rossi says the Yamaha MotoGP engine that failed in second practice for this weekend's Czech Grand Prix at Brno was 'old'. 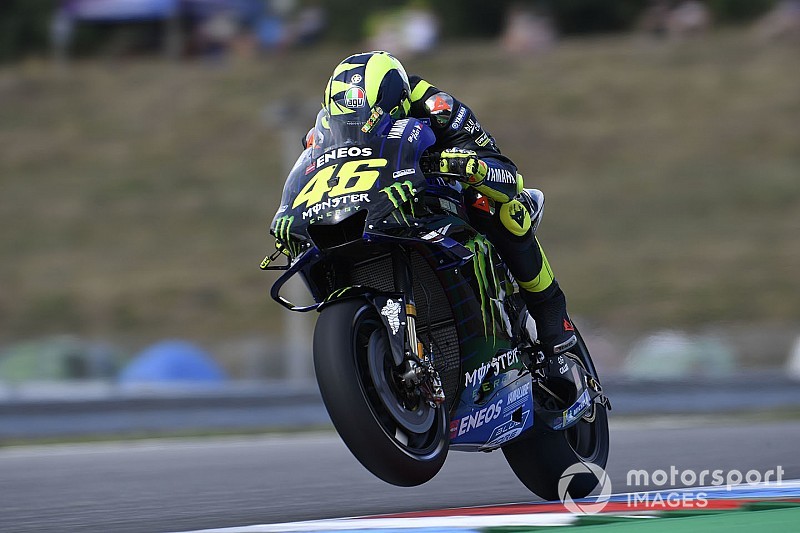 Smoke started pouring from Rossi's factory M1 midway through FP2 on Friday afternoon, causing the seven-time premier class champion to cruise back to the pits and switch to his number two bike.

He then set the ninth-fastest time of the day in the latter stages of the session, potentially giving himself an automatic Q2 berth with rain expected at Brno on Saturday.

Rossi downplayed the significance of the incident and said he only brought the stricken bike back to the pits once he'd established there was no oil being dropped.

"In practice I had a problem in one engine unfortunately, on bike one, it was an old engine with quite a lot of kilometres," said Rossi. "I think it’s broken something, but I don’t know exactly what.

"I felt I lost performance, and when you are able to be fast enough with the clutch, usually the engine don’t lose oil, it’s the moment before [it’s] broken.

"I checked both sides, I see some smoke, I tried to stay off the [racing] line but I didn’t see any oil, because usually you have the oil from the chain and your boots get full of oil.

"I tried to check both sides and I see no oil and I continue for that reason. We moved the tyre on the other bike and restart because we don’t have any problem."

Rossi added that managing tyre life will be key to his hopes of a strong result at Brno.

"The pace is not too bad but we need to work a lot because after some laps the tyre slide quite a lot," said the Italian. "It’s very difficult to keep a constant pace.

"This will be the key on Sunday, to try to be fast and especially not stress the rear tyre, because after three, four laps there’s already a big drop and it happens with all the [tyre] choices." 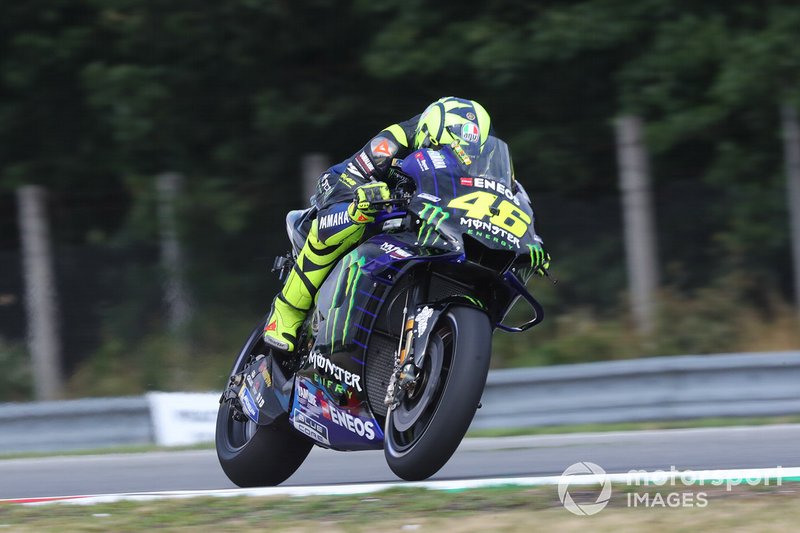