Rossi honoured to have "strong" F1 drivers as fans

MotoGP legend Valentino Rossi says he is honoured to have ‘very strong’ Formula 1 drivers like Lando Norris and Alex Albon as fans of his.

Both F1 racers have admitted to supporting Rossi’s exploits in MotoGP as they were growing up, and at the Italian Grand Prix last weekend Norris ran with tribute helmet and boots that were painted in the nine-time champion’s colours.

Rossi said he cannot wait to now swap helmets with Norris, as he said that the youngster's exploits in F1 this season had turned him in to a fan of the McLaren racer.

Asked ahead of this weekend’s Misano MotoGP race about his reaction to Norris running his helmet design, Rossi said: “I'm very happy, I'm very proud, for me it's an honour.

“At the beginning of the season arrive new drivers like Lando or also Albon, they said that they grew up following MotoGP, following me, that they are my fans - and it's something good.

"I like the feeling, especially because they are two drivers very very strong. Lando did a great job, it was a great pleasure. Now we swap the helmet as soon as possible.”

Norris met Rossi for the first time at the British round of MotoGP in August and said that the Italian had been fully behind his helmet idea for Monza.

“It was an opportunity to make this race more special and more of a one off and something to remember it by, and that was by having more of a connection with Valentino, the guy I've always looked up to, my hero,” said Norris. “So it is more of a dedication to him than anything else.”

Rossi added on Norris: “He's a very good guy, he's very young, because he's 19, but he's already very clever and looks like he has a lot more experience than his age, so I'm also his fan.” 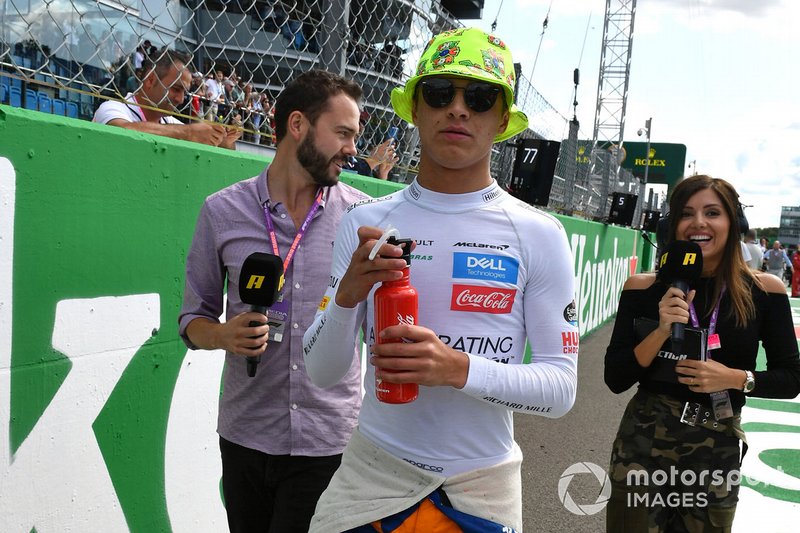