After suffering his equal-worst ever qualifying on Saturday, Rossi managed to make up nine places from his grid slot of 17th to finish eighth in the Aragon Grand Prix, two places ahead of Yamaha teammate Maverick Vinales.

It means Yamaha has now gone 23 races without a premier-class victory, surpassing its previous barren run of 22 winless races in 1996-98.

Asked about the milestone, Rossi replied: “I hope it’s important for Yamaha to react.

“Maybe some top guys see the number, and somebody asks: ‘Why?’ ”

The Italian rider added he could at least take some comfort from making improvements after qualifying, having doubted he would finish inside the top 10 on Saturday.

He explained: “We tried to make some big changes on the bike, and I feel a lot better, already from warm-up. In the end, the race is not so bad for me.

“I started very much behind, but I could keep a constant pace for the race and I can take some points, I can make the top 10, that yesterday I wasn’t sure [I could do].

“It’s like this, this is our potential now. We hope to improve.”

Rossi was also asked when the last time he felt Yamaha made a significant improvement to the M1 bike, which he said came in a test at Aragon three years ago.

“Was at one test here in Aragon in 2015, we made a big step with the bike,” he answered. “This is the last time. It was still with Bridgestone [tyres].

“We did that test before the Assen Grand Prix in June, and in Assen I won.”

Pressed on what exactly the improvements were, Rossi said: “I don’t remember, chassis and the swingarm, I think.” 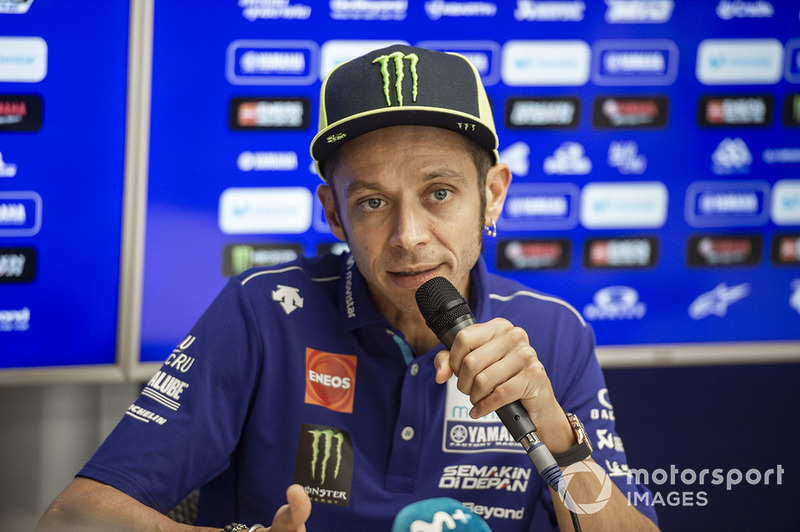 Lorenzo: "Marquez destroyed my race and my foot"