Valentino Rossi feels that he lost his chance to finish MotoGP's Malaysian Grand Prix on the podium at the very beginning of the race, when "all the Ducatis passed me".

Rossi started the race sixth but lost out to the factory Ducatis of Andrea Dovizioso and Danilo Petrucci, as well as Marc Marquez - who all stared behind him - by Turn 1.

He recovered to fifth by the end of the opening tour however and after passing Jack Miller, he spent the majority of the race all over the back of Dovizioso.

But Rossi couldn't take the final podium position away from the Ducati man, settling for fourth by three tenths, while teammate Maverick Vinales took an easy win up front.

He still was "happy" with the race, having secured his best finish since September's Misano race, but felt that his podium chances were already gone at the start.

"I am quite satisfied, even though I would have liked to be on the podium, because it is always beautiful," Rossi said.

"I'm happy, especially thinking about the previous races in which we had a lot of trouble. I was fast here all weekend and I was able to ride well. But I think I lost the podium at Turn 1.

"I got off to a good start, but in third and fourth [gear] the Ducatis passed me all. At the entrance of the first turn I found Petrucci, we went wide and Marquez also came in.

"If I could have stayed tight, Marquez wouldn't have gotten past me, and I think I had the rhythm to try to be with him.

"At Turn 2 I was ninth, so it was worse than my starting position. Then I recovered several positions, but by then the group to the podium had gone.

"Maybe I should have tried to overtake Dovizioso right away, but I couldn't do it".

Rossi noted the difference in engine power between the Ducatis and Yamahas and said that his M1 is "much slower" compared to last year.

"There [engine power] is the biggest difference," said the 40-year-old. "On the straight our bike is much slower than last year.

"One of the most important things to do was to improve on the straight, but we're going slower so there's even more difference to Ducati.

"We will never be as fast as Ducati on the straight, but if we already cut the gap by half it would be better".

Rossi added that his fight with Dovizioso was probably "too fair" as neither riders pulled any aggressive moves.

"I like to fight with Dovizioso, but it gives me more pleasure when I can catch him," he reflected. "He and I are a bit similar, in the sense that we try to do our best, but we are quite fair. Maybe we're too fair because we've been used to overtaking without disturbing the other one.

"Young people today are much more aggressive and maybe if you disturb the other one it's even better. Today, however, I tried two or three times, but in the end he always came back to me." 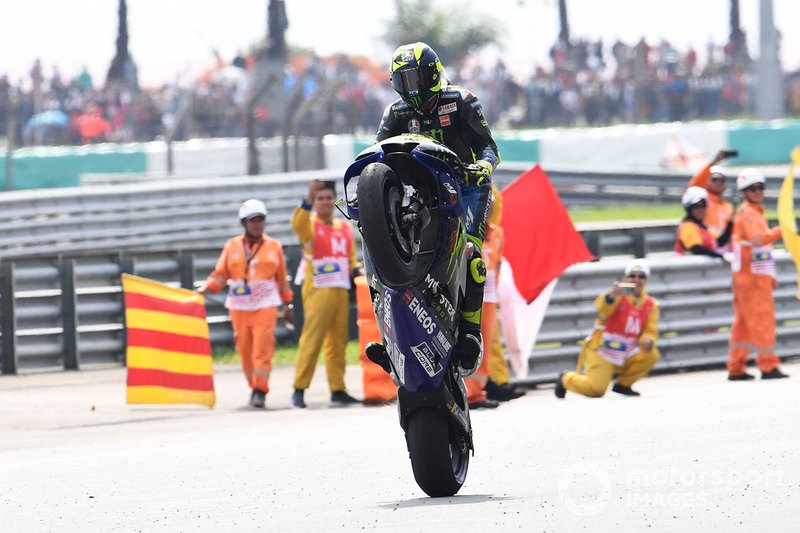