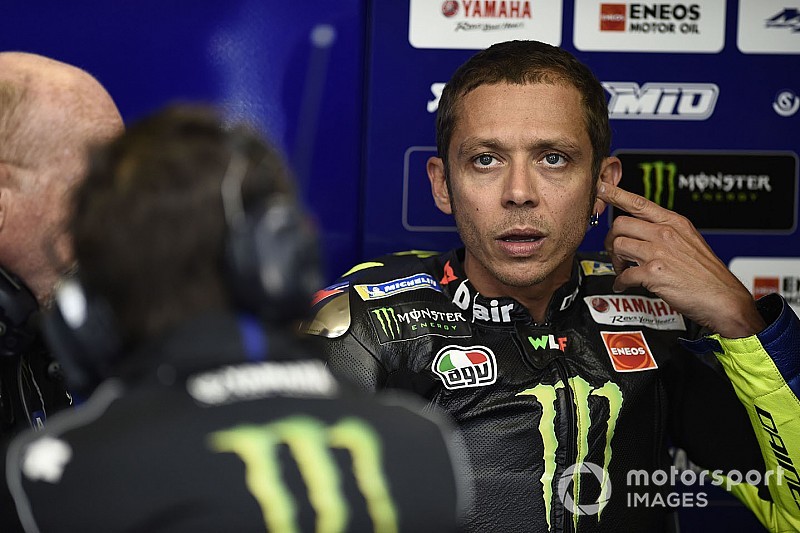 Rossi was set to make it to Q2 from FP3, but his laptime got cancelled due to track limits and in the end he was only classified 14th.

He then struggled for pace in FP4, only setting the 18th fastest time, and also couldn't make it out of Q1.

While Fabio Quartararo and Maverick Vinales made it a Yamaha 1-2 on the grid, Rossi ended up qualifying 14th, his worst starting position at Assen since 2006.

Rossi said that he didn't feel comfortable on the Yamaha, but couldn't give a reason for his struggles, ruling out tyre allocation or chassis as the causes.

"Maverick and also Quartararo are very strong during this weekend. They are able to be very fast, and on the other side me an Franco [Morbidelli], we suffer more," said Rossi.

"I don't feel very comfortable with the bike, also in the fast part I am not fast enough, and this make everything more difficult.

"Now we have to see, we have to work this evening to understand if we are able to be a bit stronger. And after we'll see, but sincerely we don't know why."

While he was thinking that he could go to Q2 from Q1, Rossi said that the afternoon featured much hotter conditions, in which he could not perform.

Rossi also expected the race to be tough, saying: "This morning I was not so bad, and especially I was able to make a very good lap at the end that was good for the Q2.

"But unfortunately I touch the green [zone] on the exit of the last chicane, and they cancelled the lap.

"But I was quite optimistic, because with the speed of this morning I think that I have enough potential to go to the Q2. But unfortunately in the afternoon I was more in trouble.

"With more temperature I lose a lot of grip, and I lose the performance and I was quite slow. So I wasn't able to improve, so I have to start from quite far on the grid, and will be hard because also my pace is not fantastic. So for sure will be a tough race."

Petrucci: Assen qualifying "one of the worst" moments of 2019