Rossi: Others have adapted better to '19 bike demands 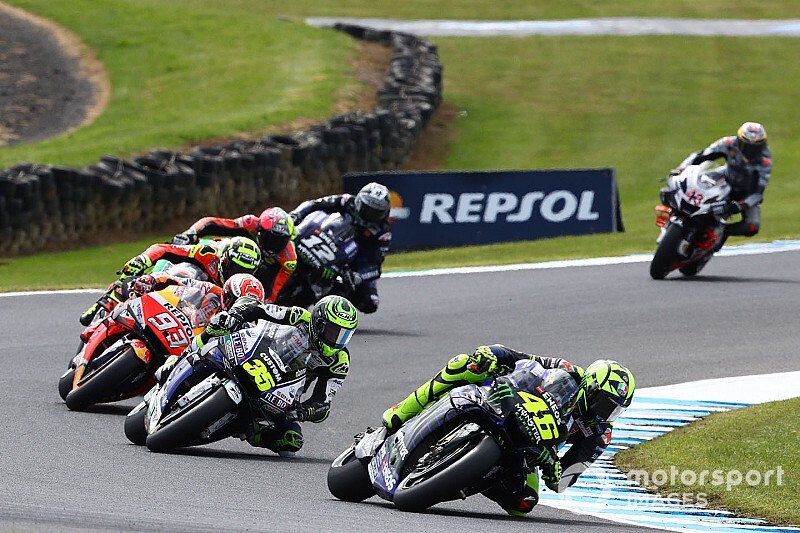 Seven-time premier class champion Rossi hasn’t won a race since the Dutch TT in 2017 and described his current campaign as only a “little better” than his Ducati nadir.

The Italian has been overshadowed by not only factory Yamaha teammate Maverick Vinales but also satellite Petronas rider Fabio Quartararo in 2019, the latter proving to be a major revelation in his rookie season.

Rossi believes the riders currently racing at the sharp end of the pack have simply been more flexible amid recent changes made in areas such as electronics and tyres.

“This year for some reason the riding style of the top riders improved," he said. "It’s like with the new bike, new electronics and different tyres, you need to ride in another way for finding the limit.

"So very much braking, so try to brake in another way. Using the rear brake for example. But in general I try to be fast without stressing much the rear tyre. This is the beginning, the bigger start for everybody.”

Rossi has repeatedly been critical of M1’s rear grip issues and reiterated that no progress has been made in that regard, although he stressed that improved electronics and acceleration have made this year’s Yamaha more competitive against opposition.

"We have improved the bike a little bit with the electronics and acceleration and therefore we are a little more competitive,” he said.

“As far as stress on the rear tyre is concerned, we are even worse than the Honda and Ducati. Some like me suffer the most from this, and others less like Quartararo, but at the end of the race we are always a bit in difficulty.

“Then we always miss the top speed on the straight, but we keep it until the end of the year. But in general it seems that our bikes go quite well, let's see if we can continue like this."