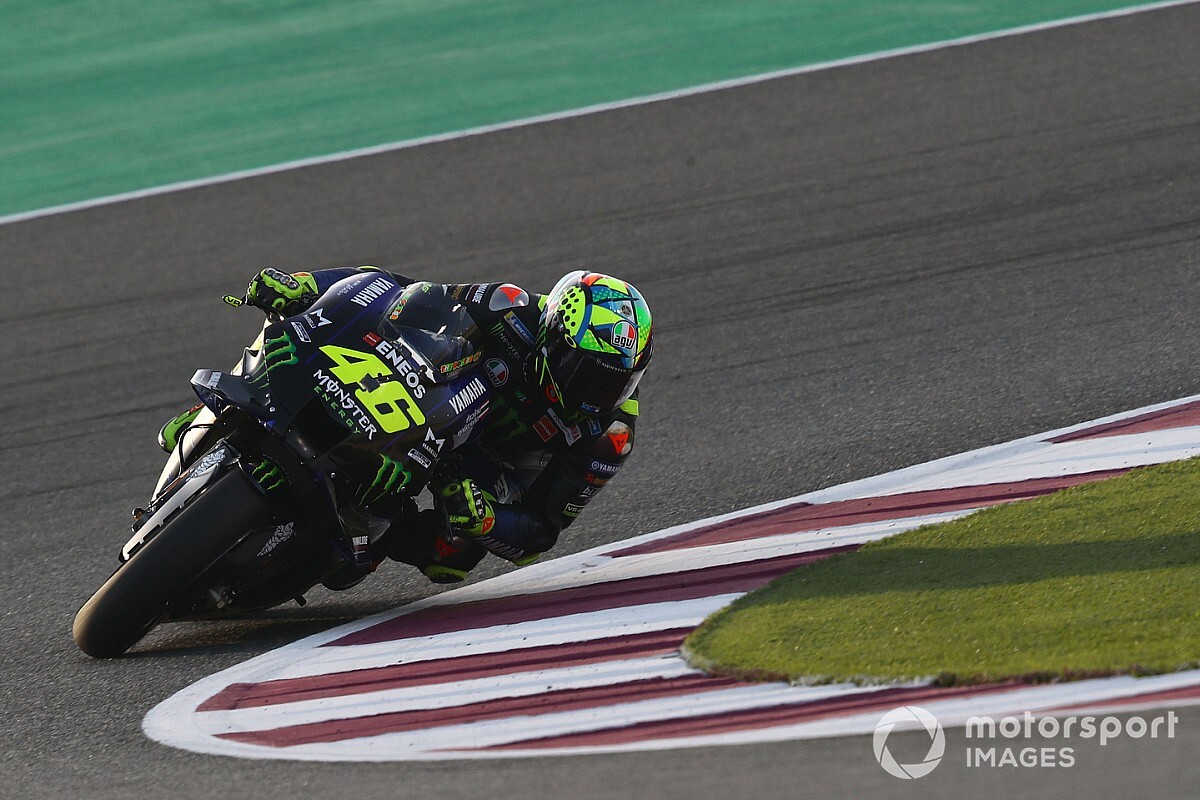 Valentino Rossi believes he needs to find “two or three tenths” to be able to battle for victory on the 2020 Yamaha following day one of the Qatar MotoGP test.

The latest version of the YZR-M1 has proven to be a strong package for Yamaha, with Petronas SRT’s Fabio Quartararo topping the Sepang test outright on it, while factory rider Maverick Vinales has completed some impressive long runs on the bike this pre-season.

After introducing various updates – including its version of the holeshot device - on the ’20 prototype it tested in November at Sepang, Yamaha hasn’t brought anything new to the final test in Qatar and is instead just focusing on fine-tuning what it has.

Rossi completed 51 laps on Saturday at Losail and ended the session seventh, 0.414 seconds off the pace-setting Suzukis with a time only two tenths shy of his best effort from last year’s Qatar test.

Commenting on his work, he said: “It was a positive day because we confirm what we saw in Sepang, and at the end I finish P7 but all day I was quite constant and with a good pace.

“So, we are very happy because it looks like the bike is improving from last year and also from the first test.

“We work well in the pit box and we are able to improve.

“To fight for the victory I need a little bit – two or three tenths - in the hot lap, but also in the pace.

“We have some riders - like Maverick, my teammate - who are a little bit faster than us.

“So we have to work, but it’s just the first day and we are already faster compared to last year and we have a positive feeling with the bike.”

Elaborating on where he needs to improve the bike, Rossi highlighted braking as one point which needs work.

Yamaha has also taken a step forward with its engine this year, though Rossi’s best speed of 341.7km/h was still some 10km/h down on the Pramac Ducati GP20 of Jack Miller.

“Looks like that we improve [the top speed] but the gap remains quite big,” he added when asked his Yamaha’s gains will be enough to fight with the faster Ducatis and Hondas.

“So, this is difficult when you have to fight.

“If the gap is a bit less and we are able to keep the slipstream, also for the races this is a lot different because you can attack, you can make your race.

“But also for this, we need to wait for Sunday 8 March to understand.”