Rossi endured a difficult start to the 2020 campaign at the Spanish track last weekend as he qualified 11th and retired after a dashboard alarm on his works M1 went off.

But the 41-year-old Italian got his Andalusian GP weekend off to a strong start as he completed a Yamaha one-two behind teammate Maverick Vinales in FP1.

He followed that up with the eighth-fastest time in the afternoon's second session, but with only three riders improving in FP2 he remained second overall for the day.

“We try to work always with the used tyre in the afternoon," said Rossi. "For me personally I have a good feeling today because we changed the setting of the bike, I feel more comfortable, I can ride better. I was faster on [race] pace and also time attack.

"In the afternoon I always suffer a little bit more, anyway it’s difficult for everybody, but it looks like we are stronger than last week.”

Rossi and Vinales both used the soft front tyre in the Jerez race last Sunday while the rest of the field used the hard option, but Rossi reckons tyre choice this time around will be "more open" owing to the improved track conditions.

Vinales was fifth-fastest in FP2, second of the Yamaha contingent behind Petronas SRT rider Franco Morbidelli in fourth. 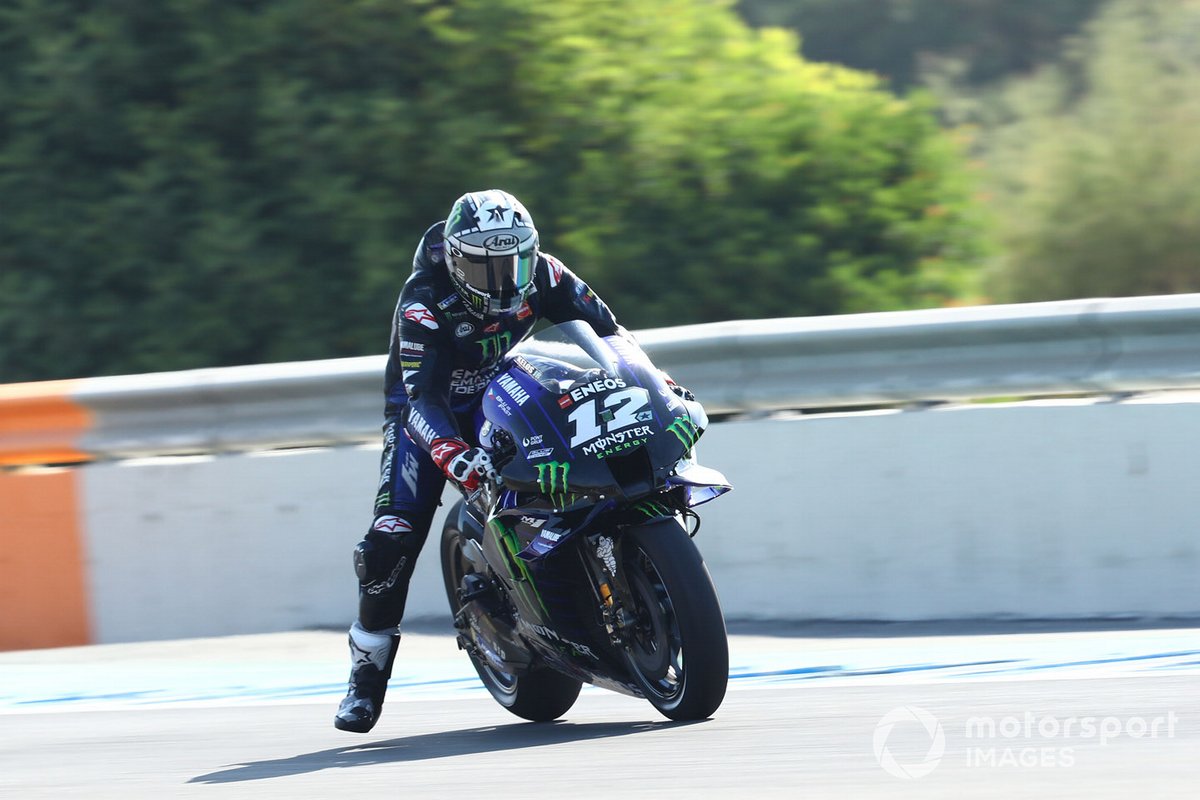 "We wanted to work a bit on race conditions this afternoon, especially with a slippery feeling," said Vinales. "I found an improvement from last weekend to this weekend.

"This morning I did a good laptime with an easy feeling, and also I worked a lot with the hard front tyre. Comparing Fridays between the two races, I feel much better right now."

Jerez winner Fabio Quartararo meanwhile had a low-key Friday, concluding the day down in 14th place overall after spending time working on the electronics of his Yamaha.

"We said yesterday we would treat this day like a test day, because we know we have a really good pace from last week," said Quartararo. "I'm feeling great, I'm feeling happy with the bike and tomorrow we start to think a little bit more about the time attack.

"It's great coming back to the exact same track, you know you can try many things on Friday but in any case the setting from [last] Sunday is really good.

"I think we found some good solution but also something we need to take out because I felt different. So a positive day and great to be back in Jerez." 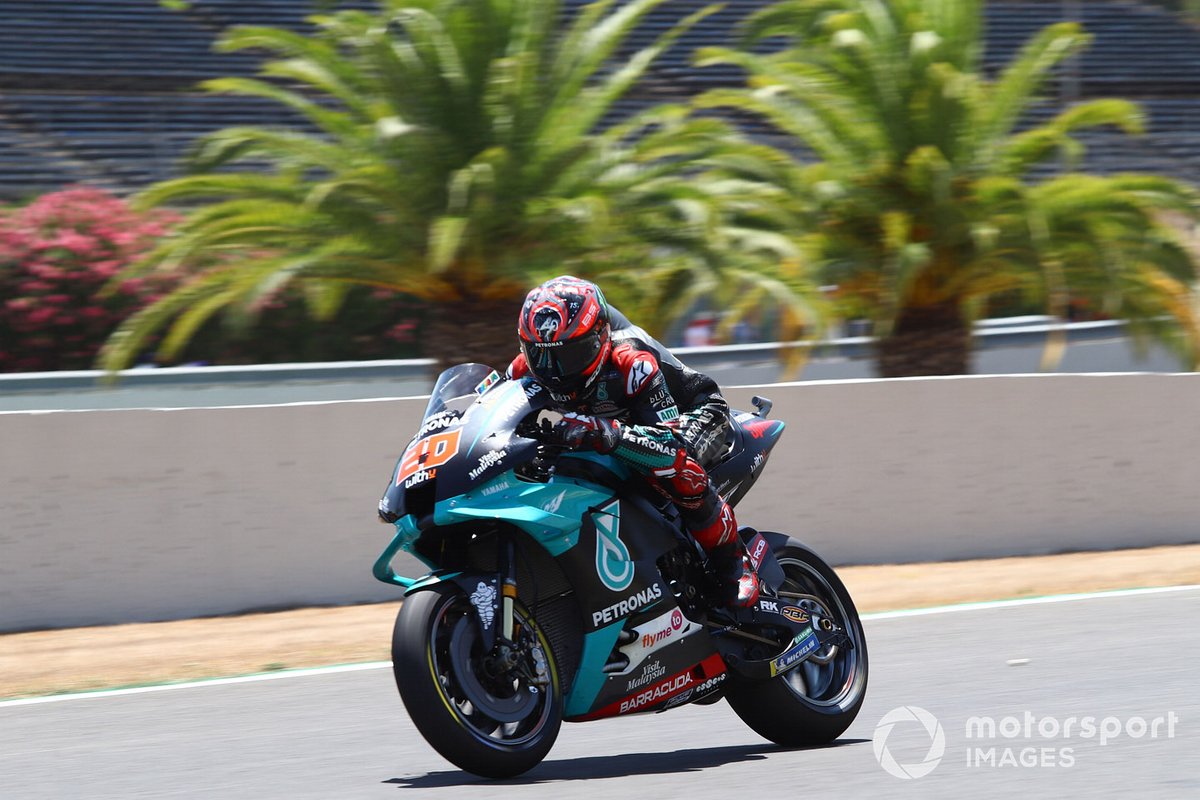