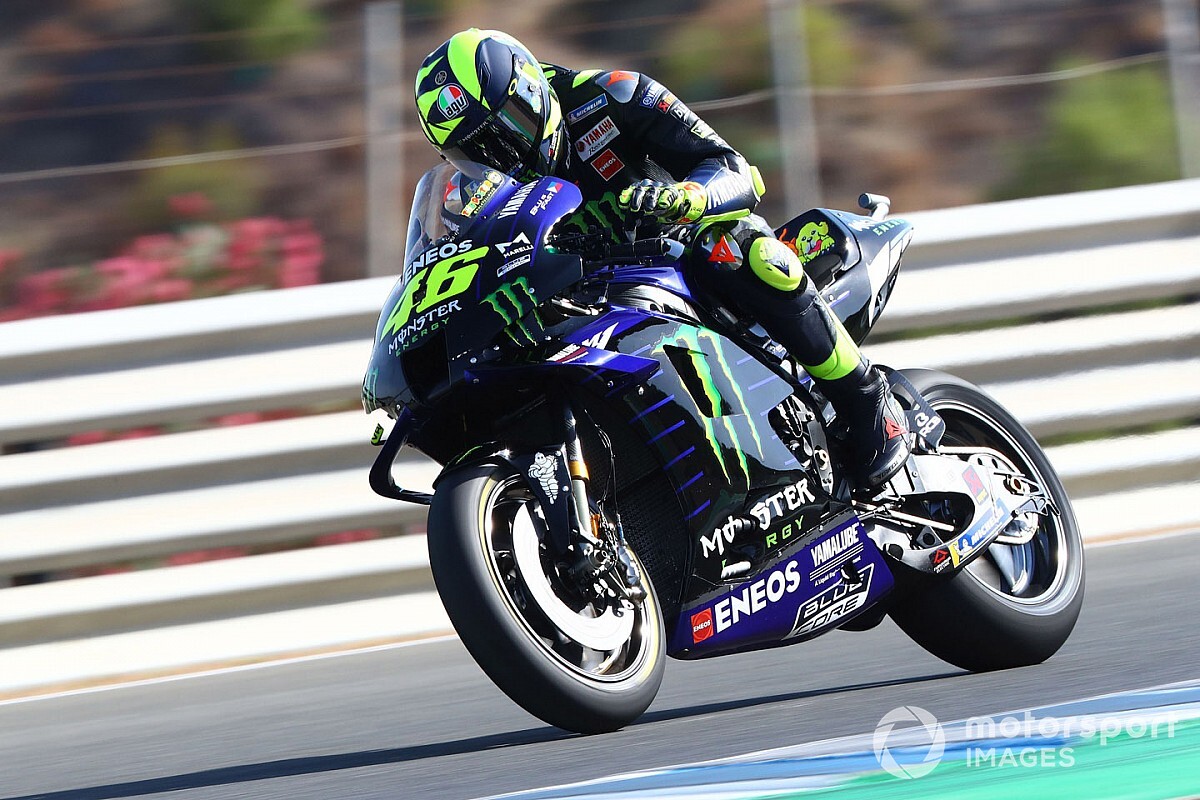 Valentino Rossi admits his low-key MotoGP Spanish Grand Prix weekend was down to him being unable to “make the tyres work properly” on his Yamaha.

Rossi qualified almost a second off the pace of Yamaha stablemate Fabio Quartararo at Jerez in 10th, and was circulating 14s adrift of the Petronas Yamaha rider in the race in the same position when he had to drop out with a technical issue.

The Italian spent the entire weekend struggling with rear traction – a common problem for Rossi in recent years, but one Michelin’s grippier new rear tyre and the 2020 M1 appeared to have cured.

Also struggling with durability, Rossi was unable to fit the slightly harder rear compounds owing to the pace of the rest of the field on the soft.

Rossi joined teammate Maverick Vinales in opting for the soft front tyre, and while this ultimately cost the latter victory, Rossi doesn’t feel the front was much of an issue for him.

“For me, the problem is that for some reason we don't make the tyres work properly,” Rossi explained after the Spanish GP.

“I have a lot a lot of problems and about the rear, everybody went with the soft.

“The problem is that if everybody starts with the soft, if you start with the hard or with the medium rear, you are already at a big disadvantage because the harder [tyres] have less grip.

“To have a chance, you have to try to work with the soft rear. And for the front, I don't want to say it was a gamble, but we tried out the soft a lot of times. And the difference was very small.

"So, we tried, me and Maverick fitted the soft. Maybe with hard we can be a bit faster. But it’s not the big problem. My problem is coming from the rear.

"For next week we have to change a lot. We have to try something else because a lot of time it happens that we have these problems during the weekend and in the race and at this moment we are not able to fix.”

Rossi pulled out in the closing stages after getting a “red alert” on his Yamaha, forcing up to park up. Yamaha is yet to confirm the exact issue.

“I had a problem with the bike,” he added. “The bike had a red alert and I stopped. We have a problem, technical problem.

“I had the problem exiting onto the straight, in the exit from the last corner.

“The bike had an alarm. And when you have the red light, everything slows down, because it means that something happened.”