Rossi: Yamaha updates what I've wanted for over two years 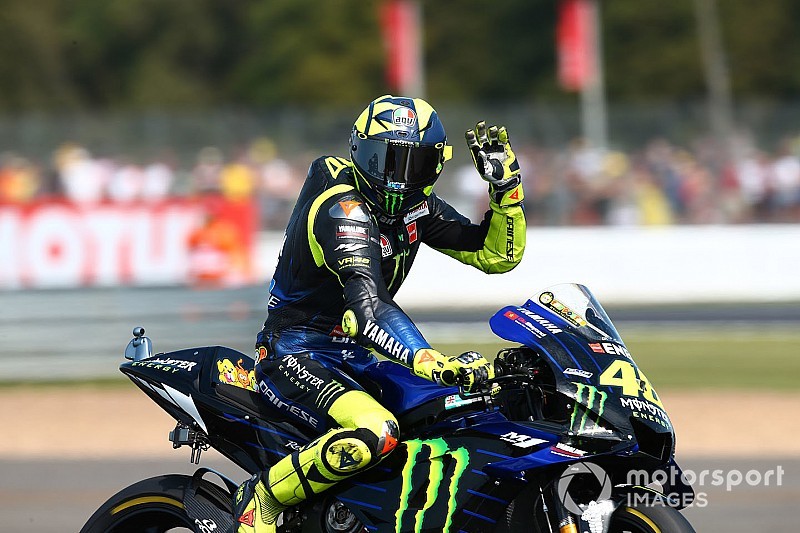 Valentino Rossi says Yamaha is now delivering updates to improve its MotoGP bike he’s been requesting for “two and a half years”, after a strong run of recent races.

Rossi started the year with two podiums, but is yet to return to the rostrum while works teammate Maverick Vinales won at Assen and Petronas SRT’s Fabio Quartararo has scored three podium finishes.

Rossi previously noted that Yamaha had been working harder over the summer break, and a brace of top-four finishes - as well as a first front row start since the Austin race in last weekend’s British Grand Prix - has vindicated this assessment.

Speaking during the Silverstone weekend, he said: “Yamaha is starting to work on smart things; on acceleration, on electronics to manage the rear tyre better.

“[These are] all the things I’ve been asking [to have] for two and a half years, but I’ve never had an answer before the last few months.

“Maybe we can improve and be competitive both at the end of this year and next year.”

The Yamaha is still lacking in horsepower relative to its rivals, and Rossi has called for it to at least “halve” its deficit to the likes of Ducati.

“We have improved, but we are still a long way off,” he added. “We are [usually] seven to eight seconds [adrift of the top riders] in races; the other bikes do 12km/h more on the straight.

“We will not be strong like Ducati on the straight, but we must work to at least halve the gap.”

Over the past season, the majority of factory’s have move from the conventional aluminium swingarm to carbon fibre designs.

An element which improves tyre life – a key issue for Yamaha in recent years – Yamaha has yet to bring its own version to its bike, with Rossi revealing this has been a frequent request of his.

“I ask many times, and I think and I hope the carbon swingarm can help us.

“So I hope Yamaha can bring it as soon as possible. We don’t have a very clear situation [on when it will be developed], but I hope and I think it won’t be long before we see it.”