Valentino Rossi’s VR46 team will race with Ducati machinery in 2022 after signing a three-year deal to become one of the Italian marque’s satellite MotoGP squads.

Nine-time grand prix world champion Rossi will bring his VR46 team into MotoGP full-time in 2022 having backed Luca Marini’s side of the Avintia squad this season, with Saudi oil giant Aramco as title sponsor.

The VR46 team will take over both of Avintia’s grid slots as the Spanish outfit gets ready to depart MotoGP at the end of the season having signed a five-year agreement with Dorna Sports.

VR46’s decision on which manufacturer it would partner with became a straight choice between Ducati and Yamaha, with the latter reportedly willing to offer him its bikes at a discounted rate to that it currently charges Petronas SRT.

However, VR46 has partnered with Ducati, with which Rossi raced in the premier class in 2011 and 2012.

"We are very pleased to have reached this agreement with VR46 for the next three years,” Ducati general manager Gigi Dall’Igna said.

“Their Academy has always worked seriously and with great professionalism, giving many riders the opportunity to gain experience in Moto2 and Moto3, and today they can be proud to have brought three young riders of great talent.

“VR46 has also shown that it is able to competently manage the a successful team in Moto3 and Moto2 and therefore we will strive to provide the maximum technical support to their new team in MotoGP, convinced they have found in VR46 an ambitious and motivated partner like us, with a common goal to achieve great results together.” 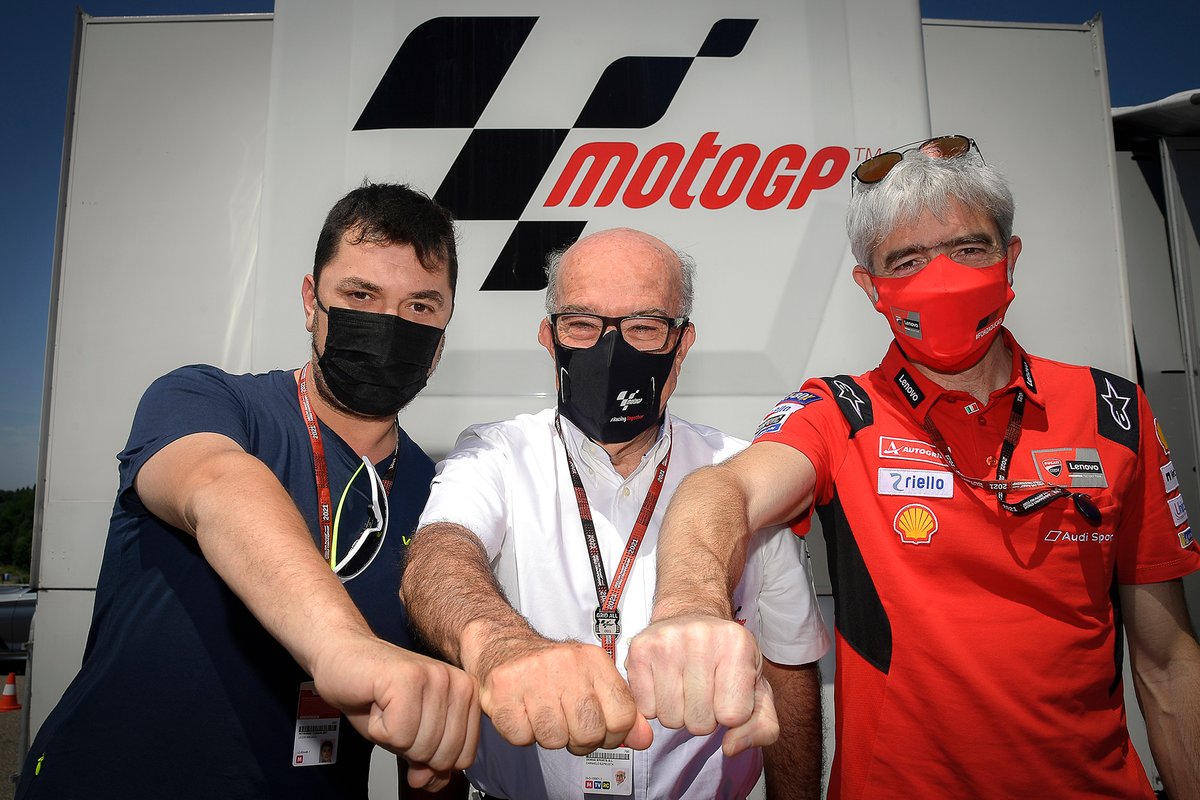 VR46 is expected to field a factory-spec bike for Luca Marini and a 2021 Desmosedici for his teammate, who is likely to be Marco Bezzecchi.

However, Saudi Price Abdulaziz bin Abdullah Al Saud harbours hopes of Rossi competing for his own team in 2022, saying: “It would be great for me that Valentino Rossi can compete in the next few years as a pilot of our Aramco Racing Team VR46 together with his brother Luca Marini.”

Pablo Nieto will be the VR46 squad’s team manager from 2022, a role he currently occupies with the outfit in Moto2 and Moto3.

Ducati’s presence on the MotoGP grid in 2022 will swell to eight bikes for the first time since 2018, with the factory squad, Pramac and Gresini Racing – which announced its deal and rider line-up last week – also representing the brand.

The VR46/Ducati tie-up all but confirmed SRT and Yamaha’s partnership continuing beyond 2021, with an announcement of this expected soon.

It also confirms that Suzuki and Aprilia will not have satellite teams in 2022.

Marini feels “no pressure” from Valentino Rossi connection in MotoGP