Sachsenring set to keep MotoGP in 2019 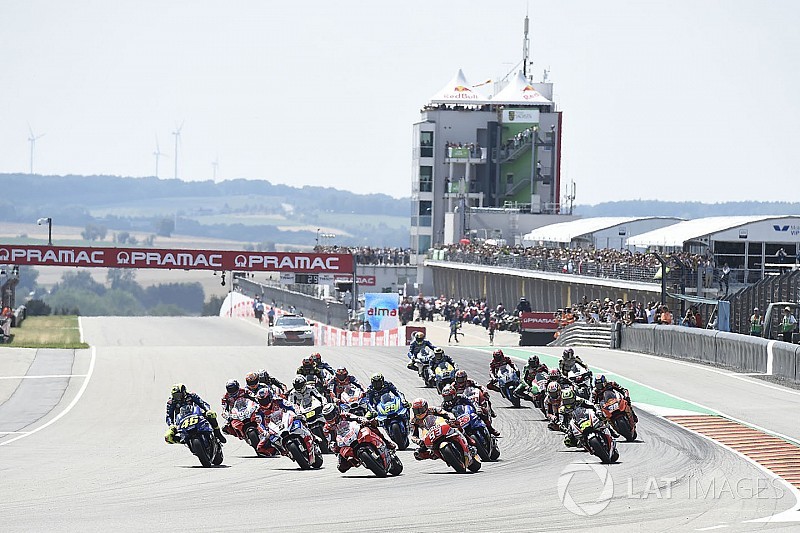 MotoGP's German Grand Prix is set to remain at the Sachsenring in 2019 despite fears it would be replaced next season, Motorsport.com has learned.

The championship's leading riders were dismayed at the news that the Hohenstein-Ernstthal-based track looked poised to lose its slot on the calendar owing to long-standing financial woes.

German federation ADAC cancelled its agreement with Sachsenring Rennstrecken-Management (SRM) in May, and it was announced earlier this month that it would be "intensifying discussions" with alternative venues such as the Nurburgring and Hockenheim.

ADAC has an agreement with MotoGP promoter Dorna to host the German GP until the end of 2021, but Dorna boss Carmelo Ezpeleta is a long-standing proponent of keeping the race at the Sachsenring, which has held the race continuously since 1998.

Ezpeleta is believed to have told riders in Friday's Safety Commission meeting that the track is all-but-certain to keep its place on the calendar, with one inside source telling Motorsport.com: "The race will take place here in 2019, 99%".

Last weekend's German GP attracted a weekend attendance of some 193,000 fans, including 89,000 on Sunday – a significant increase on the loss-making 2017 event but still some way short of the Sachsenring's record attendance.

Negotiations between ADAC and SRM are expected to resume soon, and it is believed that a new sponsor is ready step in to back the German GP from next year onwards if it remains at the Sachsenring.

The track also has the support of local government, with Michael Kretschmer, Minister President for the region of Saxony, in attendance on Sunday to hold talks with the concerned parties.

Espargaro was "trying too hard" in first-lap crash