What we learned from Sepang MotoGP testing 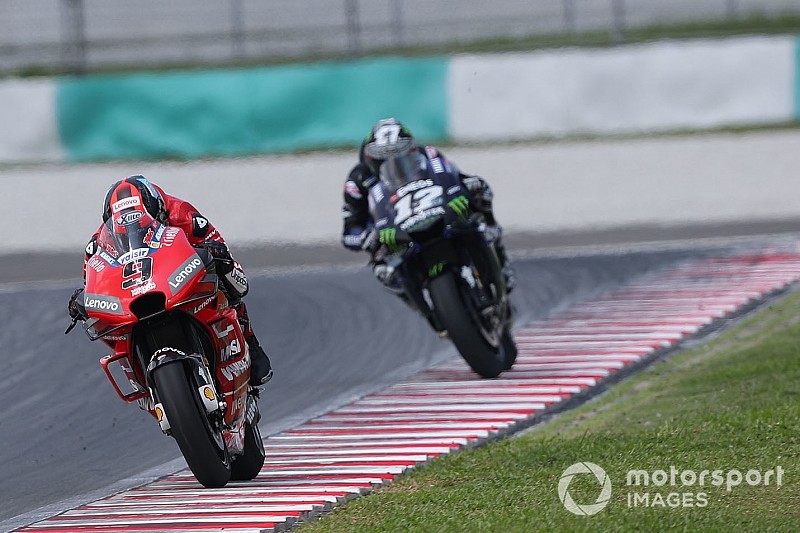 After an intriguing three days of testing in Sepang last week, Motorsport.com's MotoGP Editor Oriol Puigdemont offers his assessment of who's looking in best shape for the 2019 season right now.

Yamaha seems to have found its way

If one believes Valentino Rossi’s comments, it seems that the process of restructuring that Yamaha's MotoGP division went through last winter was the right decision. But, Yamaha’s fastest man throughout the three days of testing in Malaysia was not Rossi, but Maverick Vinales.

The Spanish rider couldn’t match the Ducatis over a single lap (he finished fifth on Friday, four tenths behind pacesetter Danilo Petrucci), but alongside Alex Rins he showed the most constant pace.

In addition, it is necessary to bear in mind that the track improved as time went on thanks to the absence of rain, creating an above average level of grip. If we take as a sample the average of the 20 best laps of the third day, Vinales was second, just 0.072s behind Alex Rins, the most consistent (with an average of 1m59.616s).

With the new engine almost ready for approval, the 2019 version of the M1 has improved on stability at the entry of the corners thanks to improvements made to the electronics and engine braking. Now Yamaha's engineers have to find a way to give it the bike the traction on corner exits the riders crave.

“The road to being very competitive is still very long, but the working group and the atmosphere is good. The problem is that the disadvantage that we have to recover is also huge”, summed up Rossi, who finished the test in 10th and a second off the pace of Petrucci. 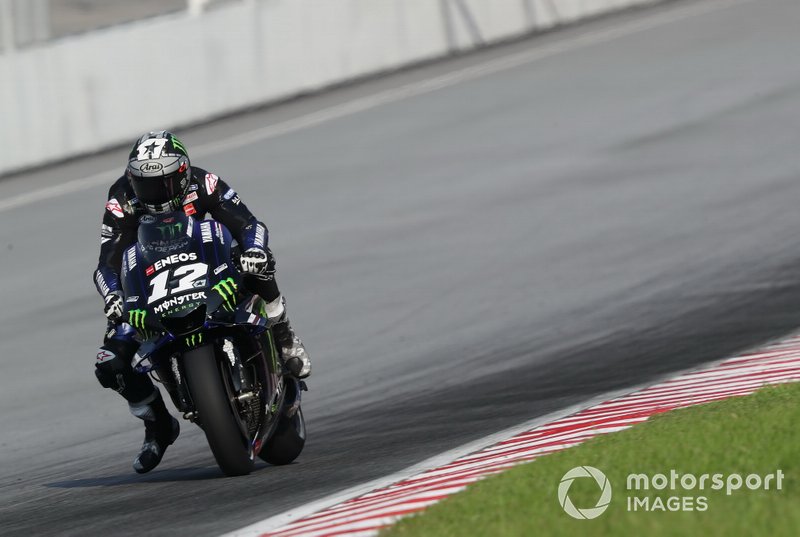 Ducati unbeatable over a single lap

The laptime analysis makes clear that over a fast lap, and on a tricky and demanding circuit for the engine like Sepang, the Ducatis are practically unbeatable.

That four of the Italian bikes left Malaysia at the top of the timesheets says a lot for the Desmosedici's versatility, even more so if we take into account that one of them was the 2018-spec bike of Pramac newcomer Pecco Bagnaia. The Italian rookie ended the test by setting the second-fastest lap ever done at Sepang on a MotoGP bike.

Ducati has pursued a conservative policy of using the 2018 bike as the basis for its new machine, and this means it will be difficult to make mistakes. The starting point was already good, but it remains to be seen just how big an improvement the GP19 is, especially in turning, which was still a weakness of the GP18.

“A timesheet like that, with four Ducatis in front, shows the competitiveness of our bike," commented Andrea Dovizioso, fourth fastest behind Petrucci, Bagnaia and Jack Miller. "In spite of this, we have to question everything.

"It is obvious that Yamaha has done an important step because it was the manufacturer that needed it the most, and we cannot assess how the Honda is because neither Marc Marquez nor Cal Crutchlow arrived here at 100 percent [due to injuries], and because Jorge Lorenzo wasn't even present."

Dovizioso kept following his method: not showing his hand in terms of laptimes, as there aren’t points at stake yet. 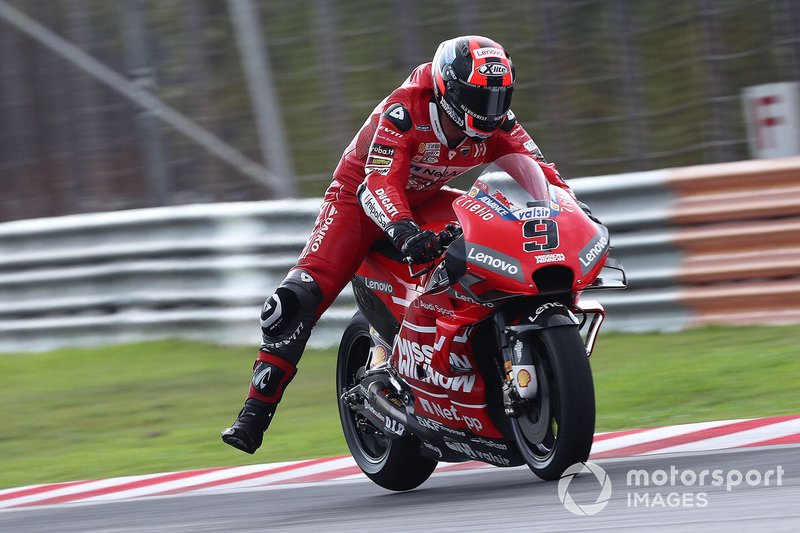 Judging by his gestures, reigning champion Marquez arrived in Malaysia with many doubts about his physical condition after two months of inactivity, as he had undergone surgery on his left shoulder.

Despite arriving like this, he left the track feeling much more relieved. Marquez seems to have concluded that the road to 100 percent recovery is still long but, at the same time, he is convinced that in Qatar, where the 2019 season commences on March 10, he will be practically be back to full fitness.

Marquez posted a little over 100 laps across the three days, but when he went out on track was consistent and strong, setting the quickest time on the opening day. In addition, the Spaniard was able to test and give his opinion about all the “big pieces” that Honda had brought. In the Qatar test in two weeks, Honda will turn its focus to fine-tuning.

“This is not an unknown bike because it starts from a basis which already worked. When something goes well it is better not to modify it too much," said Marquez, whose main focus was on the engine and on the acceleration at the exit of the corners. He will work on braking and corner entry later, when his shoulder has healed more. 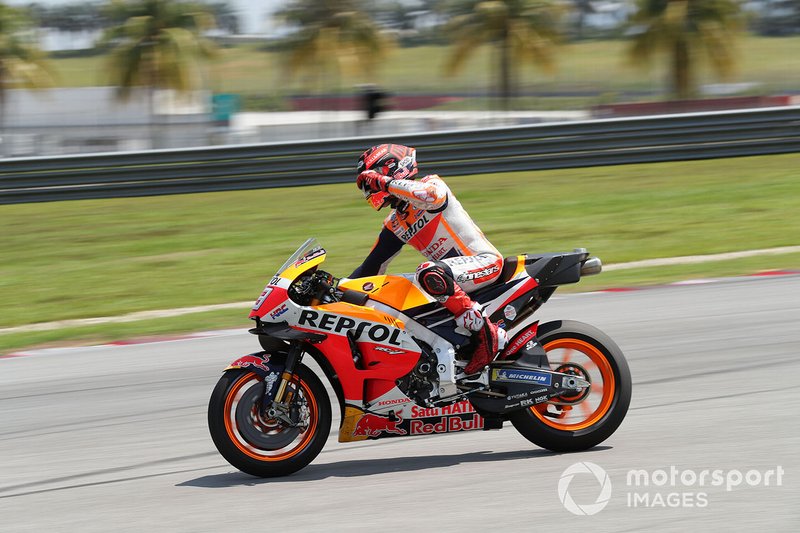 Heading into this third with Suzuki and in MotoGP, Rins should be viewed as a serious threat. The Spaniard has a tremendous natural talent that he is demonstrating little by little, and after achieving five podiums in 2018, the first MotoGP victory seems to be closer than ever.

Despite finishing almost a second behind Petrucci’s best time, Rins was the rider with best pace. This is shown by the average of the 15 best laps, in which he was less than a tenth faster than second-placed Maverick Vinales.

“I am very happy because I have seen Suzuki has worked a lot this winter," said Rins on Friday. "We had a lot of things to try and we ended up satisfied. In Qatar we will receive something more, some new exhaust and maybe a new fairing, but I’m very pleased with the test." 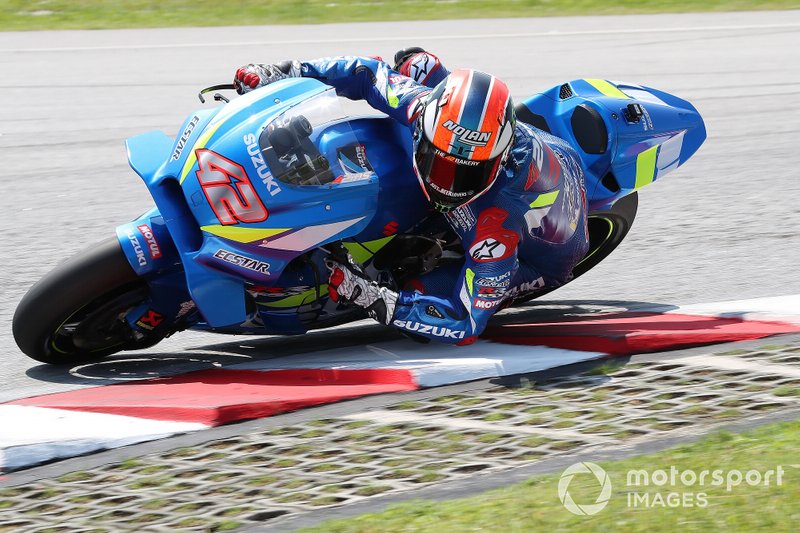 Among the rookies, Bagnaia, who recorded the second-fastest lap of the three days, stood out, after setting a lap which was less than a tenth far from the track’s new absolute record, established by Petrucci.

“I arrived in Sepang riding as a Moto2 rider, and I leave as a MotoGP rider,” said the current Moto2 champion. His mentor Rossi added: “If you consider the little experience he has in MotoGP, what he’s done these days is impressive. He flew in the time attack, I only wish he’d be worse in terms of pace!"

From what we have seen in Sepang, it would not be surprising if Bagnaia gives Pramac teammate Miller a hard time this year, although the Australian will have a 2019 Ducati while the Italian has a year-old bike. 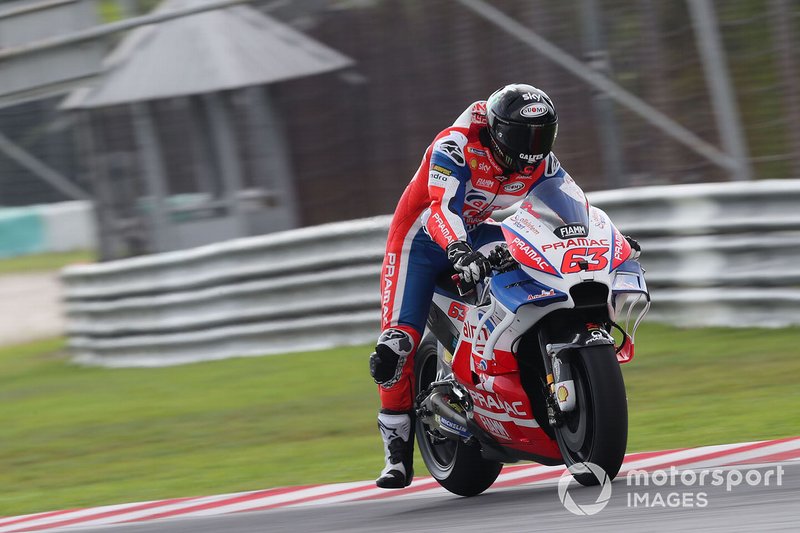 Aprilia is going through the same process that Suzuki went through two years ago when it hired Andrea Iannone, a rider with plenty of talent but little consistency, and not just on track.

The Noale marque hired Iannone for his speed, but in Sepang, the site of probably the most important test of the season, 'The Maniac' could barely ride at all due to an inopportune mouth infection. The exact cause remains unknown, but it has been speculated it is the result of complications from recent cosmetic surgery.

Luckily, Aprilia could call upon the services of test rider Bradley Smith, who rolled up his sleeves and took over Iannone's bike on the third day of testing.

According to Aleix Espargaro - seventh fastest and eight tenths off the pace on Friday - Aprilia has fixed the mistakes of the RS-GP of 2018, but the bike still lacks power.

“The 2019 bike is an evolution of the 2017 one, and specially at the entry of the corners it is much more stable than last year’s," said Espargaro. "But we are lacking a lot of power, especially when the others have improved in that area. We have done a step forward, but we need to make three." 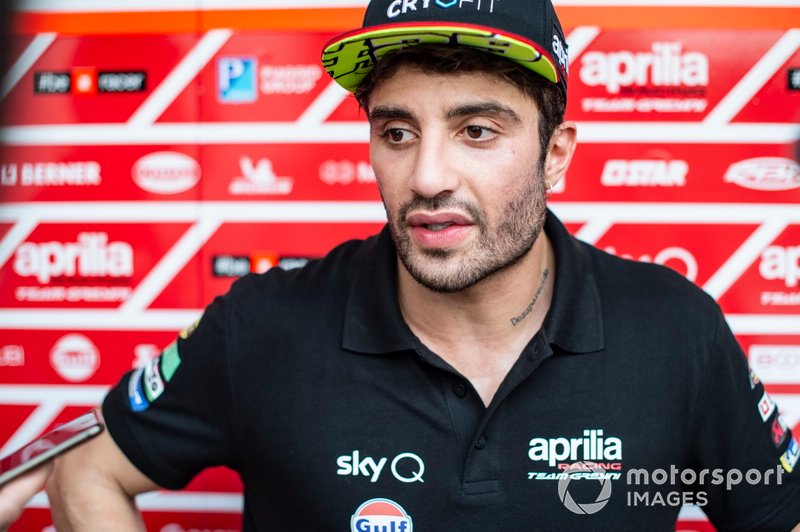 “The bike has improved, but so have the others” - this is the mantra often repeated by KTM, in this case by Pol Espargaro and Johann Zarco. Because the Austrian manufacturer still has concessions, the race riders took part in the pre-test shakedown as well as the main test at Sepang, giving the pair five days on track.

Espargaro and Zarco were provided material to set up at least seven different bikes in Malaysia, and KTM is also benefiting from having four RC16s on track now - including the two satellite Tech 3 machines. Even so, the Mattighofen brand has a long journey ahead of it to get to where it wants to be.

“After the five days of testing I believe the bike is now easier to ride”, said Zarco, whose best time was 1.4 seconds slower than Petrucci. “We are in a constant line of evolution because we are far behind the others. That’s why we have to try so many things, and that’s why it’s okay for the official riders to test them.

"However, the fact that a KTM lapped in less than two minutes here in Sepang is something remarkable." 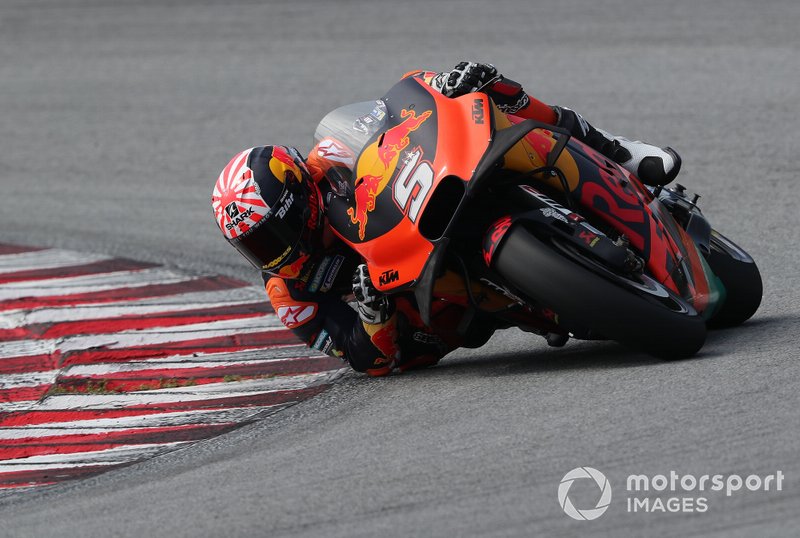 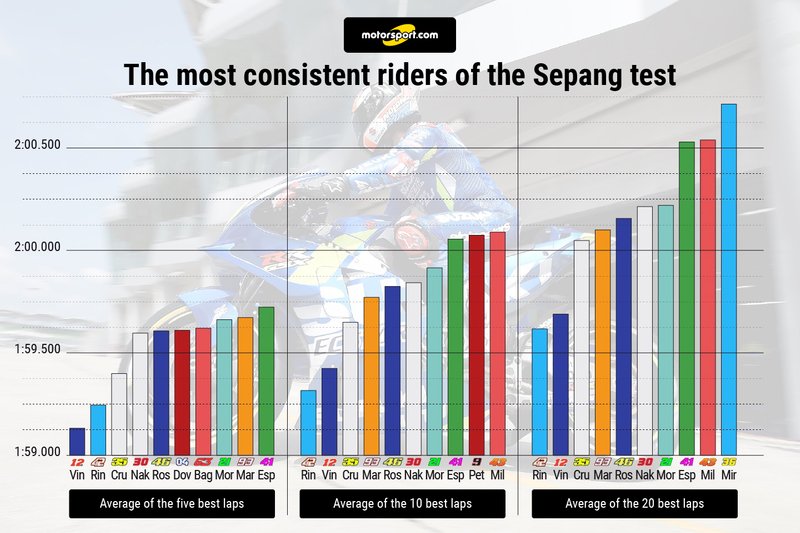 Espargaro: Aprilia has bike it should have had in 2018