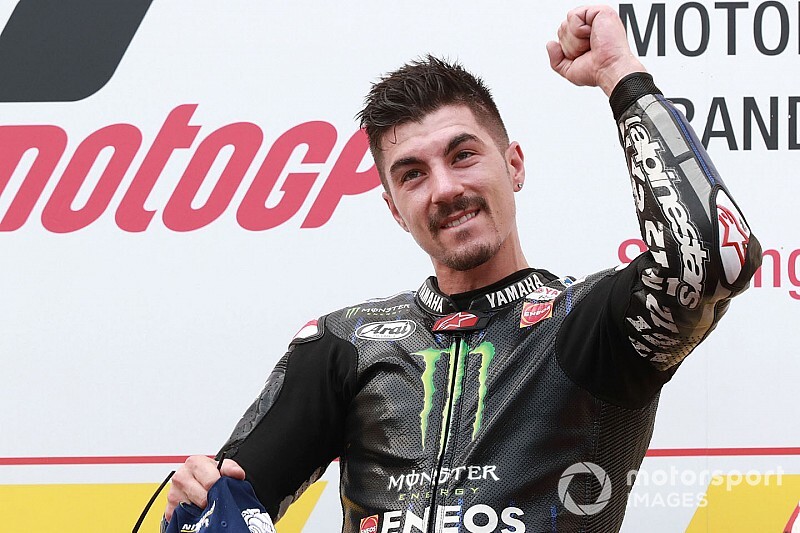 Yamaha MotoGP rider Maverick Vinales led every lap of the Malaysian Grand Prix to take a dominant win ahead of Marc Marquez and Andrea Dovizioso.

The victory was as straightforward as they come for Vinales, the Yamaha rider taking the lead on the opening lap and never looking back.

His final margin was three seconds over Marquez, the world champion using a sublime opening few laps to recover from his lowly 11th grid spot.

Polesitter Fabio Quartararo, meanwhile, put in an unexpectedly subdued performance, slipping back to eighth at the start before finishing seventh.

As expected it was a fast start from the Ducatis, Jack Miller leading into Turn 1 as Dovizioso slid into third behind Vinales.

Marquez was swiftly among the action too, immediately grabbing onto the back of the lead train in fourth.

As Vinales breezed by Miller on the opening lap, Marquez briefly moved into second with a move up the inside of the final corner, only to be re-passed by Miller down the front straight.

It wasn't until Lap 3 that Marquez was finally able to make a move on the Pramac rider stick, by which point Vinales was already 1.3s down the road.

That was as close as Marquez would get, too, Vinales dominating the race to cruise home to a three-second win.

The battle for third was livelier, Valentino Rossi glued to the back of Dovizioso for the second half of the race. The Yamaha rider did his best to find a way past, even getting next to his fellow Italian a couple of times. But ultimately he had to settle for fourth.

Alex Rins wasn't far behind in fifth, the Suzuki rider lucky to escape serious damage after clattering into Miller early in the race.

Petronas Yamaha pair Franco Morbidelli and Quartararo failed to turn their rapid practice and qualifying pace into anything better than sixth and seventh, neither factoring in the top three at any stage of the race.

Miller dropped back to eighth on a Ducati that continued to shed bodywork after the Rins contact, while Johann Zarco – putting in a brilliant Top 10 performance on the LCR Honda – was taken out of the race three laps from the end after being hit by Joan Mir.

The Suzuki rider received a long-lap penalty for his troubles, which dropped him to 10th behind Danilo Petrucci.

Sepang MotoGP: The race as it happened