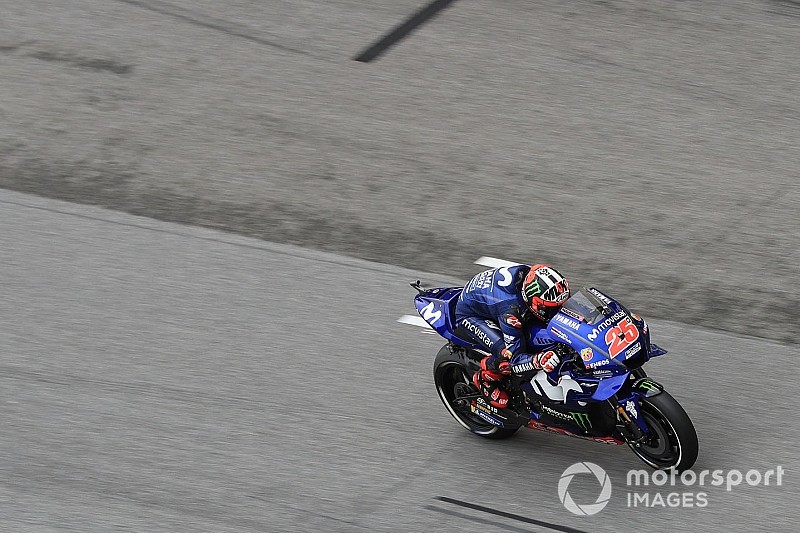 Vinales left it until the very end of the 20-minute session at Sepang to post his best time of 2m11.476s, which was enough to eclipse Rossi by 0.948s.

Rossi took over from Honda man Marc Marquez at the head of the order with a minute to go, and the Italian's 2m12.424s was still half a second ahead of the man in third, Jack Miller (Pramac Ducati).

Pirro's teammate Andrea Dovizioso was seventh fastest ahead of Alex Rins on the best of the Suzukis.

Andrea Iannone only did four laps on his Suzuki and did not set a representative time, ending up almost 10s off the pace.

Only two riders attempted to go out on dry tyres on the damp track, with Johann Zarco (Tech 3 Yamaha) and Danilo Petrucci (Pramac Ducati) both venturing out on slick tyres with two minutes left.

But neither could improve their times, ending up 13th and 14th respectively.

Sepang MotoGP - the race as it happened