Smith hopes Espargaro can "hold on" at Aprilia

Aprilia MotoGP test rider Bradley Smith hopes that Aleix Espargaro can "hold on" and keep patience with the team despite his growing frustration at its current state.

Espargaro has grown increasingly despondent at Aprilia over the course of the current campaign, repeatedly questioning both the rate of progress of the RS-GP bike and the manufacturer's decision to pursue a radical overhaul for the 2020 version.

He was particularly aggrieved in the aftermath of a recent test at Misano, where he said he was given "nothing new to try" by the team.

Speaking to Motorsport.com, Smith acknowledged that Aprilia's in-season development has slowed, but expressed belief that the current struggles would be compensated for down the line.

"Aprilia understood that we needed a bigger overhaul than just fine-tuning for 2020, and that means because we are a small company we need a little bit more time than anyone else," he said.

"I can understand the rider’s frustration, because when you’re in a championship that constantly is evolving and upgrading, and your other competitors are bringing things in August and even as early as July, you end up being behind.

"But I hope that all of Aprilia’s efforts will pay off, we’ll have the bike as soon as possible November, December, probably at a private test.

"If Aleix can hold on another few months, I hope that he is able to change his tone and he is happy with what Aprilia provide on the table."

Smith insisted that he did not take Espargaro's public discontent personally.

"I understand as a rider 100 percent, it’s very hard to be out on the race track giving your 100 percent and finding yourself drift lower and lower, and then see upgrades coming for other bikes that move in front of you," said the ex-KTM rider. "That’s a very frustrating and upsetting thing.

"I’m sure Yamaha and Honda start from February, March to make sure the [next year's] bike is there available for July, and we don’t have that luxury at the moment. We’re trying to bring things earlier and earlier.

"Aleix knows he’s got a two-year contract, he’s still going to be around for 2020. It might be difficult to swallow it now, but like I said, if we deliver a good bike he’s going to have a good year next year, which is maybe no consolation, but it’s looking [at the] bigger picture." 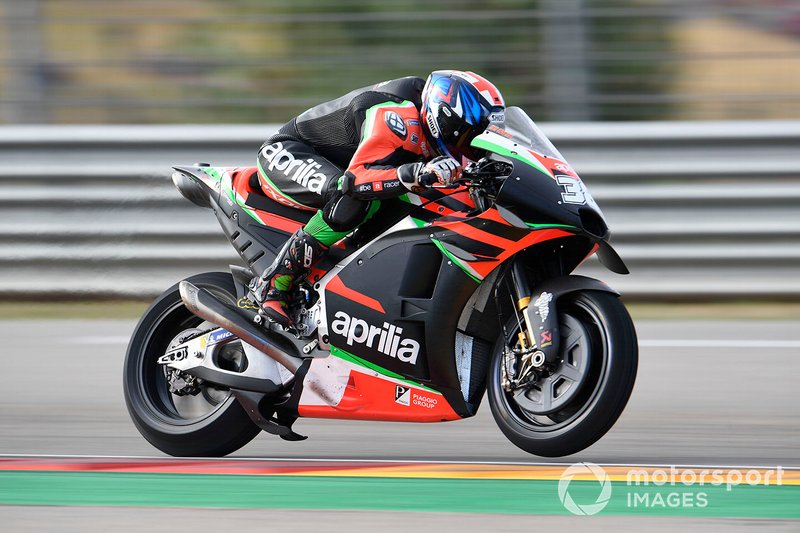 Why perceptions of Morbidelli are 'distorted'