Smith "happy" to retire if he can't stay in MotoGP 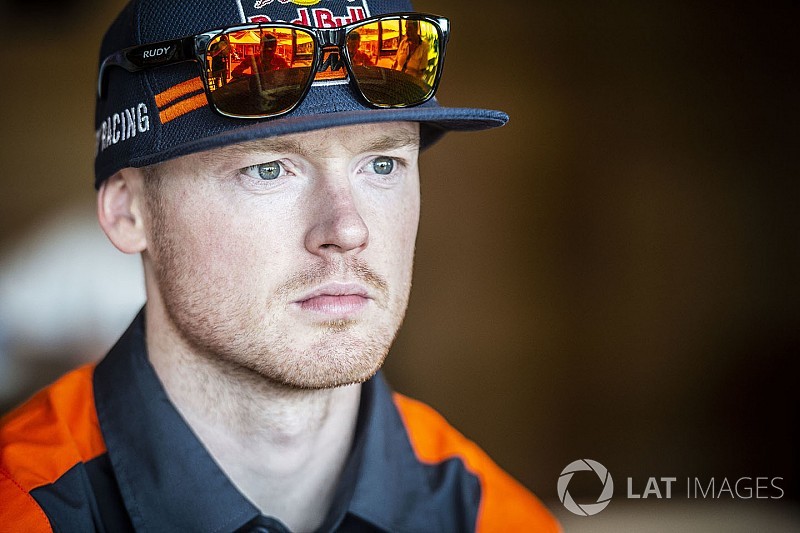 Outgoing KTM factory MotoGP rider Bradley Smith admits he would be “happy” to retire from competitive racing if he cannot secure a premier-class ride for 2019.

Smith, in his sixth season in MotoGP, will lose his KTM seat to Johann Zarco at the end of the year, and currently has no obvious opportunities to remain on the grid.

He had mentioned his former Tech 3 team, now affiliated with KTM, as a potential option, but the French outfit has already announced KTM's Moto2 rider Miguel Oliveira as one of its 2019 signings and is expected to retain Hafizh Syahrin alongside him.

Speaking to media on Saturday after qualifying for the Italian Grand Prix, Smith said he was keen to remain in MotoGP – but claimed he would have no qualms about retiring if he couldn't find a ride.

“At the end of the day, I want to be here inside of MotoGP,” the 27-year-old Brit said.

“You know, I've had a fortunate career where I've been able to ride the best motorcycles in the world against the best riders in the world.

“And if one of those bikes inside this championship wasn't available, then I'm happy to close the chapter on this racing world and step away.”

A race-winner in the 125cc and a winner of the prestigious Suzuka 8 Hours, Smith scored two podiums in his time in the premier class and claimed a best overall championship position of sixth in 2015.

“I'm happy. I've had a good run at this. I've enjoyed every part of what I've done," he added.

“At the end of the day, I have the chance to ride the best tyres, work with the best people, work with manufacturers, as I've done with Aprilia [in 125cc], with Tech 3, with Yamaha, with KTM. And, you know, that's what makes me motivated.

“Of course, [getting] results is fun, but the thing that gets you up in the morning is knowing that you're in this top one percent and you have to remain there.

“And if that was no longer my situation, then I wouldn't be so interested to carry on. That's kind of where I'm at with [it].”

Smith noted he was open to remaining in the paddock even if he's to retire – and also said he would consider a designated test rider role with a manufacturer.

“At least with the test rider-type thing, you still get a chance to be inside this paddock, you still have a chance to ride the best motorcycle," he said.

“What Mika [Kallio, KTM test rider] is doing would be a fantastic thing, but whether those type of opportunities become available, we'll have to wait and see.”

He stressed that he was not exploring options in the World Superbike championship, as he did not consider himself “a production bike racer”.

“I've always ridden race bikes. I know what I'm good at and I know what I enjoy," he said. “Don't get me wrong, World Superbike is crammed full of talent, but I'm not sure a production bike is for me.”