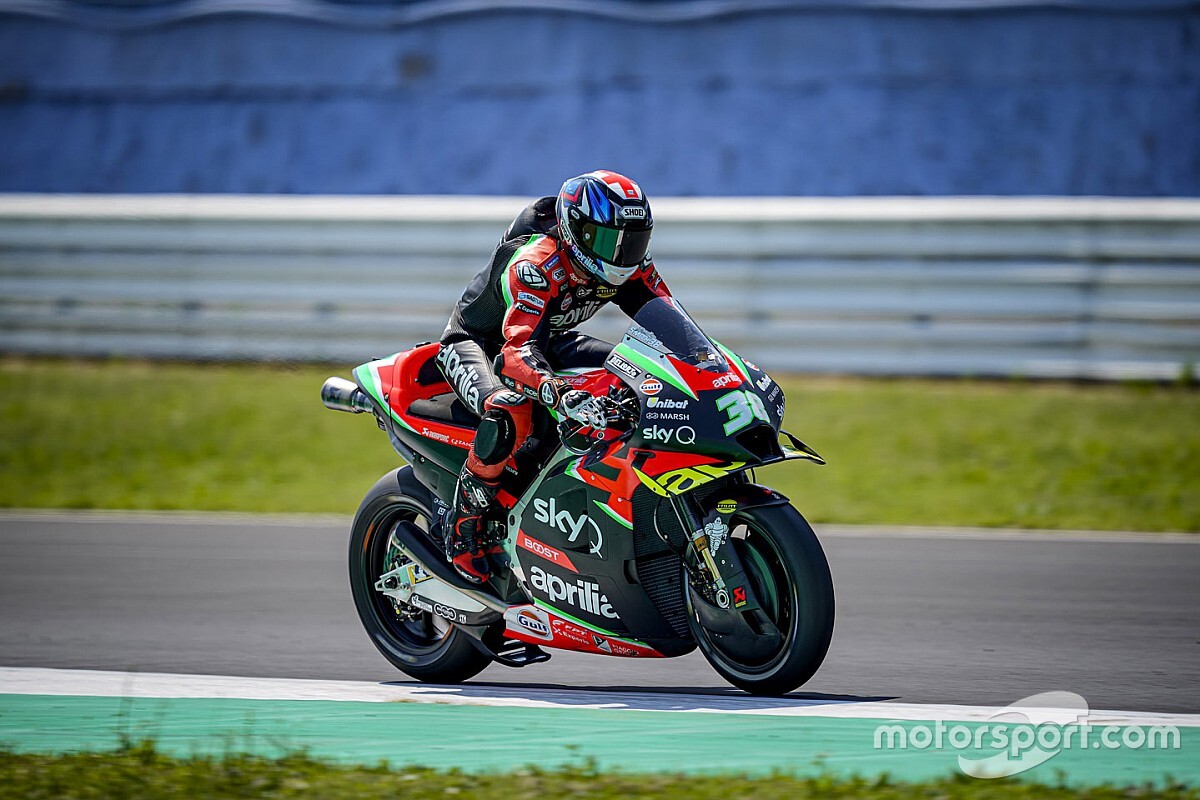 Bradley Smith has used the Misano test to alter his physical and mental preparation "from tester to rider" for Aprilia ahead of filling in for the suspended Andrea Iannone.

One-time MotoGP race-winner Iannone is currently battling an 18-month ban for a doping violation after an illegal steroid was found in his system following a drugs test during last season's Malaysian Grand Prix weekend.

Iannone is currently fighting his ban through an appeal to the Court of Arbitration for Sport, citing past precedent of similar cases involving other athletes, while the World Anti-Doping Agency has requested his punishment been extended to a four-year ban.

With the Italian suspended from all activity by the FIM during the ongoing legal proceedings, test rider Smith has been called up by Aprilia as his replacement for the season-opening Spanish GP at Jerez on 19 July and the following week's GP of Andalusia at the same track.

Smith, who contested four MotoGP wildcard starts for Aprilia through his test rider role in 2019, notched up 207 laps across the three-day Misano test while he also suffered a crash which he escaped unharmed.

While completing a test programme with the new RS-GP alongside Aleix Espargaro at the San Marino Grand Prix venue, the British rider used the track time to readjust himself to the demands of being a full-time race rider.

"I'm honestly pleased at the end of these tests. I had to make a physical and mental step to go from tester to rider and I think I managed, especially on this last day," Smith said.

"Right now, it is fundamental for us to gain experience on this new bike, gathering data and understanding how it reacts.

"While the base setup proved to be good straight away in Malaysia and Qatar, there are still many aspects that we need to explore in order to exploit the full potential of the new project.

"On my part, I know that I still have room to improve and Aleix's performance demonstrates as much, but the gap has shrunk and I feel much more at ease taking the 2020 RS-GP to the limit."

Depending on the outcome of Iannone's appeal against his ban, Smith could be set to contest the entire reshuffled 2020 MotoGP season having been initially confirmed for the opening two rounds at Jerez.

With concession MotoGP manufacturers granted an exemption to work on their engines up until the start of the season, Aprilia technical director Romano Albesiano was satisfied with the progress made in the test by Smith and Espargaro but still wants to improve on the reliability of the RS-GP's new 90-degree V4 engine.

"These were important tests to define the starting point of our championship. We assessed the various chassis, engine and electronics solutions, in addition to breaking in a team that is brand new in many aspects," Albesiano said.

"The riders needed this test as well to get back into the rhythm after such a long stop, and I must say that I saw them improving day after day. The decisions in view of Jerez have been taken. Many of the new features we had prepared worked well and I am rather pleased with the overall level of the bike.

"In any case, there is still a lot of work to do on the details, especially to increase overall reliability."

Fellow Aprilia test rider Lorenzo Savadori was also in action at Misano, but his focus was taken up on developing the production-based RSV4 1100 Superbike that he races in the Italian championship, before completing data-collection running on the 2019-specification RS-GP MotoGP machine on the final day.