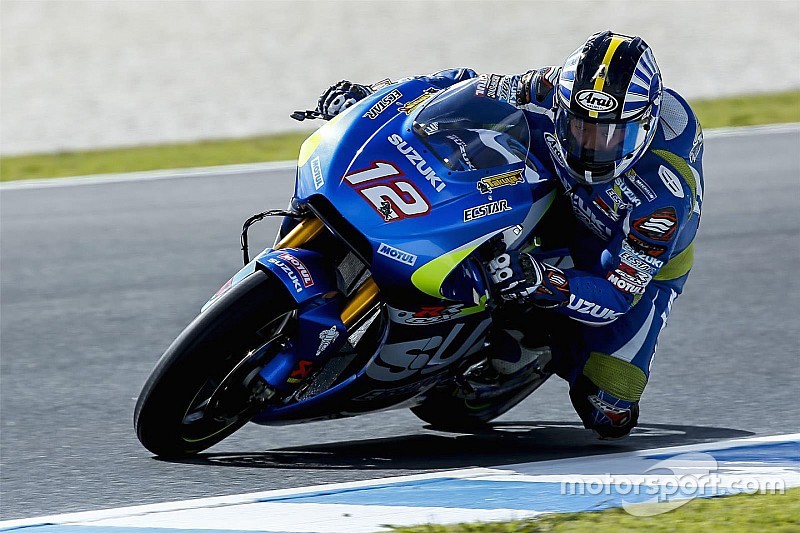 Suzuki has confirmed that its test rider Takuya Tsuda will make his MotoGP debut in the Spanish Grand Prix at Jerez in place of the injured Alex Rins.

MotoGP rookie Rins is set to miss multiple races after fracturing his left wrist in a practice crash at Austin last weekend, with a recovery time of six to eight weeks estimated for the Spaniard.

As previously reported by Motorsport.com, All-Japan Superbike regular and former Suzuka 8 Hours polesitter Tsuda will deputise for Rins at Jerez, both for the race weekend and subsequent test.

It will mark the 31-year-old Japanese rider’s first Grand Prix start, and it is likely he will also contest the subsequent Le Mans race given Rins' timetable for a return.

Rins flew back to Barcelona on Monday to have his injury operated on by regular MotoGP surgeon Dr. Xavier Mir, a procedure which Suzuki said was completed on Thursday morning.

“The surgery went very well according to what Dr. Mir told me,” said Rins, who has had two titanium plates fitted to his wrist and will begin his rehabilitation in 10 days’ time.

“I would like to thank him personally for all his care and attention since the fall in Austin last Saturday, him and all his team for care they have given me these days in hospital.

“The messages I have received through social media have really encouraged me, especially the kindness that has been shown by every member of Team Suzuki.

“This fills me with the energy and desire to immediately begin my recovery and return to competition as soon as possible.”