Suzuki’s Joan Mir says his back-to-back Misano podiums have come after his maiden rostrum in last month’s Austrian MotoGP Grand Prix have given him extra confidence in the title race. 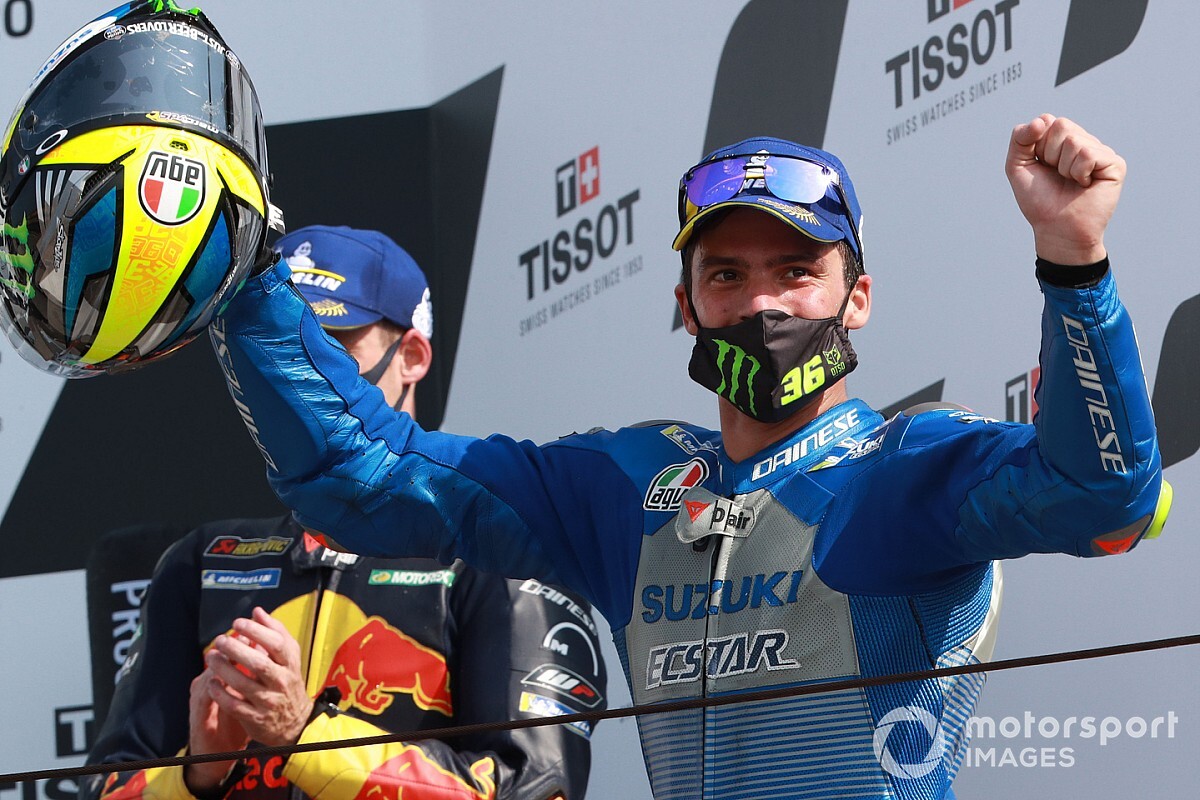 Mir has proven to be one of the most consistent riders in MotoGP in recent races, scoring 69 points from the last four rounds and making it to the podium in three of them.

His maiden podium came when he snatched second in August’s Austrian GP, and was on course for victory in the Styrian race before it was red-flagged. After stealing third from Valentino Rossi late on in the San Marino GP, Mir came from 11th in Sunday’s Emilia Romagna GP to finish in runner-up spot.

Admitting that he didn’t expect this form, he says his Austria podium made a “click in my mind” which has allowed him to become a regular top three threat in races.

“After Austria, I was really competitive there, I made the podium,” said Mir. “It was like overconfidence you get when you get your first podium. So, if I was able to do one podium, why can’t I repeat it? That’s what we are doing, it’s really difficult to maintain this consistency, but it’s our goal for all the races.

“We are really constant. My impression is the Suzuki is a bike that is really well balance and more or less is working everywhere. Especially in the last two tracks I felt better with the bike, also I make one click in my mind after the first podium unconsciously. And this is what is making me be fighting for the podium in every race.

“So, let’s continue like this. It’s true that in the last four races we got three podiums, but it was only two different tracks. Let’s see in Barcelona if we can get another one, or even fight for the victory.”

Mir is now fourth in the championship and just four points behind leader Andrea Dovizioso.

“I feel that I’m fighting for the championship,” he added. “Honestly, I’m not looking at the championship because there remains a lot of points to score. But it’s true that we are halfway and looks like the season starts here because all the top four riders we are mostly with the same points.

“So, it looks like the championship starts here now. Let’s see if we can keep that consistency to the last race.”