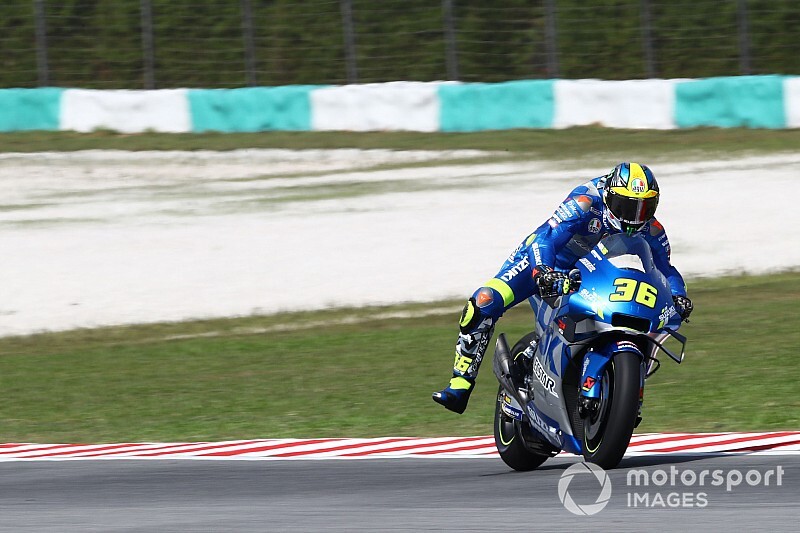 Suzuki is on the verge of signing both its current MotoGP riders Alex Rins and Joan Mir for the next two seasons, Motorsport.com has learned.

Team boss Davide Brivio made it clear that while contracts for 2021 and 2022 have not yet been signed by either rider, despite some speculation Rins had already reached a deal with Suzuki, both of them are all but guaranteed to stay on board with the Hamamatsu marque.

“We have not renewed the riders yet, there is nothing signed," Brivio told Motorsport.com. "But we have agreed with Rins for a long time and we have both told each other that we want to stay together. And the same thing has happened with Joan.

“Many months ago we decided that we wanted to continue with the current line-up but our company is very large and has its internal processes.

"Then there has been a market that has obviously moved. We hope to sign as soon as possible, but everything has been discussed and agreed on."

Ducati had been known to have been interested in Mir for its works team in 2021, after losing out on the chance to sign its preferred options of Maverick Vinales and Fabio Quartararo, who both ended up staying at Yamaha.

But, when asked if the Italian marque had made a bid for Mir's services, Ducati sporting director Paolo Ciabatti simply said: "Mir will stay at Suzuki if Suzuki wants."

The risk of Mir being poached by Ducati or any other manufacturer appear to have been mitigated by specific results-linked option clauses in Suzuki's rider contracts, something it introduced in the wake of losing Maverick Vinales to Yamaha in 2017.

Rins' pair of victories in Austin and Silverstone and his second position in Jerez are understood to have granted Suzuki the power to be able to renew Mir unilaterally by a particular date, respecting previously established conditions.

Is MotoGP’s age of high-risk manufacturer swaps over?

Marquez "more worried" by bike than by fitness