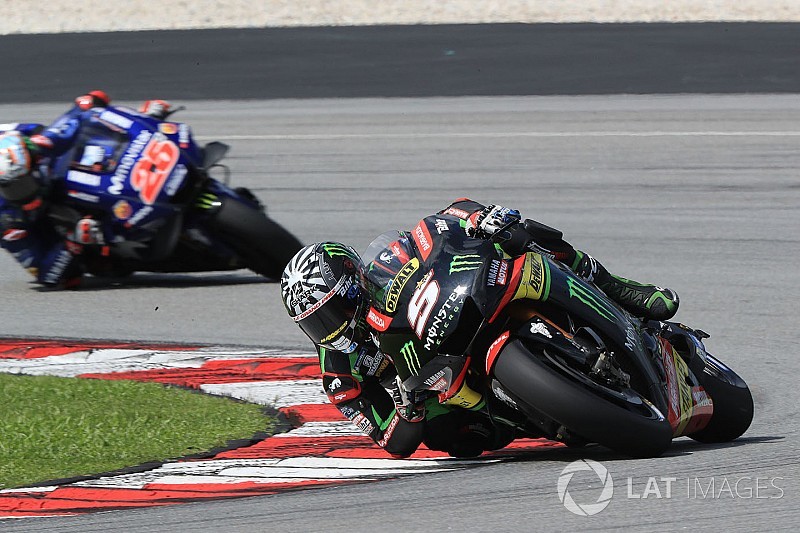 MotoGP privateer team Tech 3 will end an 18-year partnership with bike manufacturer Yamaha at the conclusion of the 2018 season.

In a statement released on Thursday, Tech 3 – which made its premier-class debut in 2001 and has been with Yamaha ever since - did not specify which bikes it will run going forward, but confirmed it has already received an offer it "couldn't say no" to.

Suzuki and KTM are both known to be keen on making at least two bikes available for a satellite team for 2019, while Aprilia could also be on the market for a customer squad deal.

Currently, there are eight Ducatis, six Honda and four Yamahas competing in MotoGP, while KTM, Suzuki and Aprilia field two works bikes each.

"Tech 3 is a small company, which has to think about the future and has to weigh the different options," team boss Herve Poncharal said.

"We‘ve been offered a deal, that includes something we‘ve been waiting for almost since we started with Tech 3 and I couldn‘t say no.

"But obviously, we are the Monster Yamaha Team until the last lap of the Valencia GP 2018."

Before his team's split with Yamaha was made official, Poncharal said the Japanese firm had made it clear to him that Valentino Rossi's VR46 operation would get priority over Tech 3 as Yamaha's MotoGP satellite outfit.

Motorsport.com understands, however, that this new announcement does not mean a premier-class expansion is imminent for VR46.

"Very recently we were informed by Herve Poncharal, the owner of Tech 3, that he has decided not to extend his contract with Yamaha to lease YZR-M1 bikes," said Yamaha's motorsport general manager Kouichi Tsuji.

"After discussions with Herve it was clear that he has chosen to align with a new partner for the future and therefore, regretfully, we were obliged to respect and accept his decision.

"The end of such a successful partnership is always a bit sad, as it also marks the end of a long-term relationship. We are very grateful for Herve‘s loyalty and support to the Yamaha brand and for the excellent results obtained throughout that time.

"We will continue to provide our full support to the Tech 3 team and their riders throughout the 2018 season, while we simultaneously evaluate our options for an alternative team in the MotoGP World Championship class for 2019 and beyond."

It remains to be seen how Tech 3's surprise decision affects newcomer Hafizh Syahrin, who was confirmed on Tuesday for 2018, but also teammate Johann Zarco, in whom KTM has already shown an interest.

The Cannes rider was the revelation in 2017, finishing in sixth place in the standings as the best rookie with three podiums to his name and just 34 points fewer than Yamaha works rider Rossi.

And while Yamaha's factory team has endured a frustrating MotoGP pre-season thus far, Zarco appears to be enjoying a largely trouble-free winter, having reliably featured among the frontrunners in testing at both Sepang and Buriram.