Honda's Alex Marquez topped the first MotoGP practice for the inaugural Teruel Grand Prix despite crashing late on, while title contender Fabio Quartararo was only 17th. 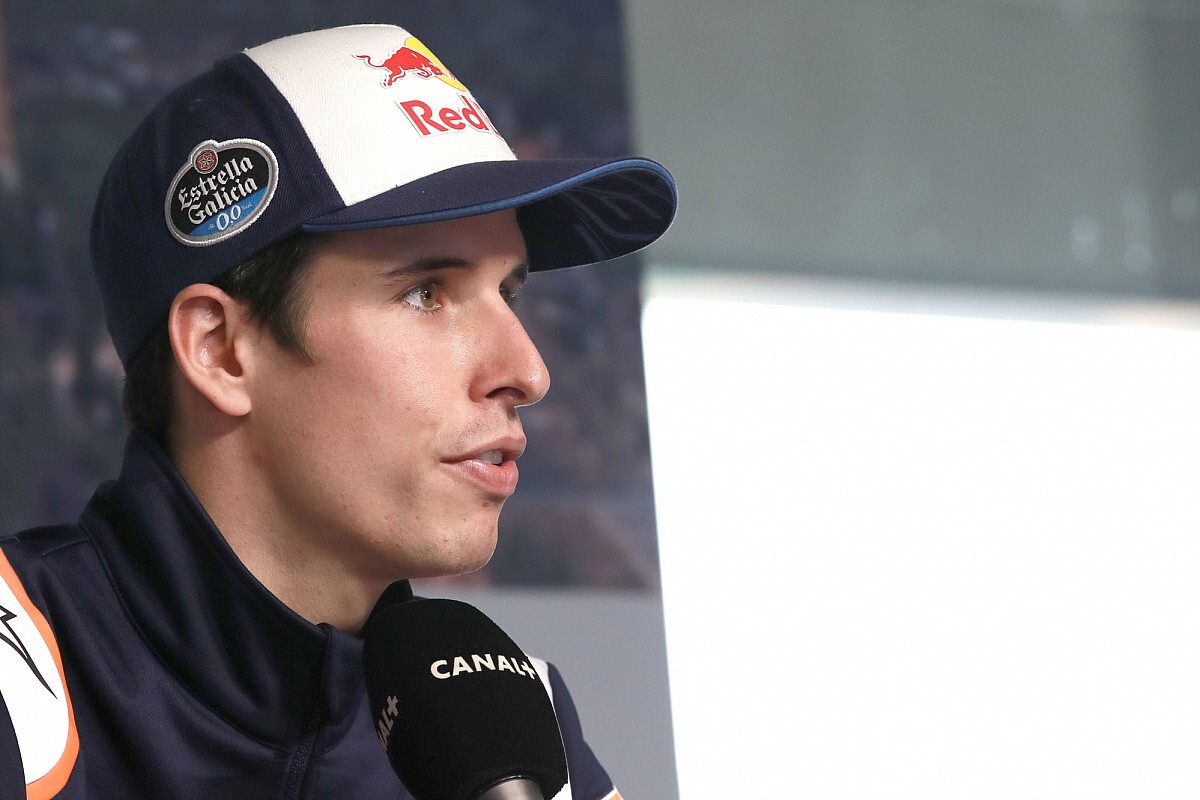 Rookie Marquez has been Honda's leading light during this latest triple-header with two podiums, the latest coming at Aragon last weekend when he put on a charge for victory.

After recording his worst MotoGP finish in last weekend's Aragon GP, Petronas SRT's Quartararo set the initial pace on his Yamaha with a 1m50.694s.

This was quickly bettered by KTM's Pol Espargaro with a 1m49.688s, before Pramac's Jack Miller and factory Yamaha rider Maverick Vinales shot to the top of the order – the latter lowering the pace to a 1m49.176s.

Aragon GP podium finisher Marquez then dipped into the 1m48s for the first time in the session with a 1m48.953s, which stood as the benchmark for the next six minutes.

Fellow Honda rider Takaaki Nakagami – who penned a two-year extension with HRC pre-weekend – deposed his works counterpart on the year-old LCR bike with a 1m48.622s.

Given this is the second round at Aragon in the space of a week and conditions are expected to be fine this afternoon, very few riders opted to fit a fresh soft rear tyre for a time attack at the end of the session.

Marquez was one of them – whose weakest point this year has been qualifying – and found time on his penultimate effort and took over top spot again with a 1m48.184s.

The Spaniard was on for an improvement on his last lap, but crashed unhurt at the final corner when the front-end of his RC213V folded out from underneath him.

He led a Honda 1-2 in FP1 as Nakagami held onto second, while championship leader Joan Mir on the Suzuki completed the top three with a 1m48.993s after a consistent run of laps in the session.

Stefan Bradl – who has been testing some new items for Honda - was fourth fastest ahead of SRT's Franco Morbidelli and Vinales, while Miller was the leading Ducati in FP1 in seventh on his Pramac GP20.

The Espargaro brothers of Aprilia's Aleix and Pol on the KTM headed LCR's Cal Crutchlow, whose session ended early with an apparent technical issue, to complete the top 10.

Aragon GP race winner Alex Rins was 12th, while both factory Ducatis of Danilo Petrucci and Andrea Dovizioso were 14th and 16th.

Quartararo was only 17th, but was one of the many not to go for a time attack late on and spent the entirety of FP1 on the same soft front, medium rear tyre.