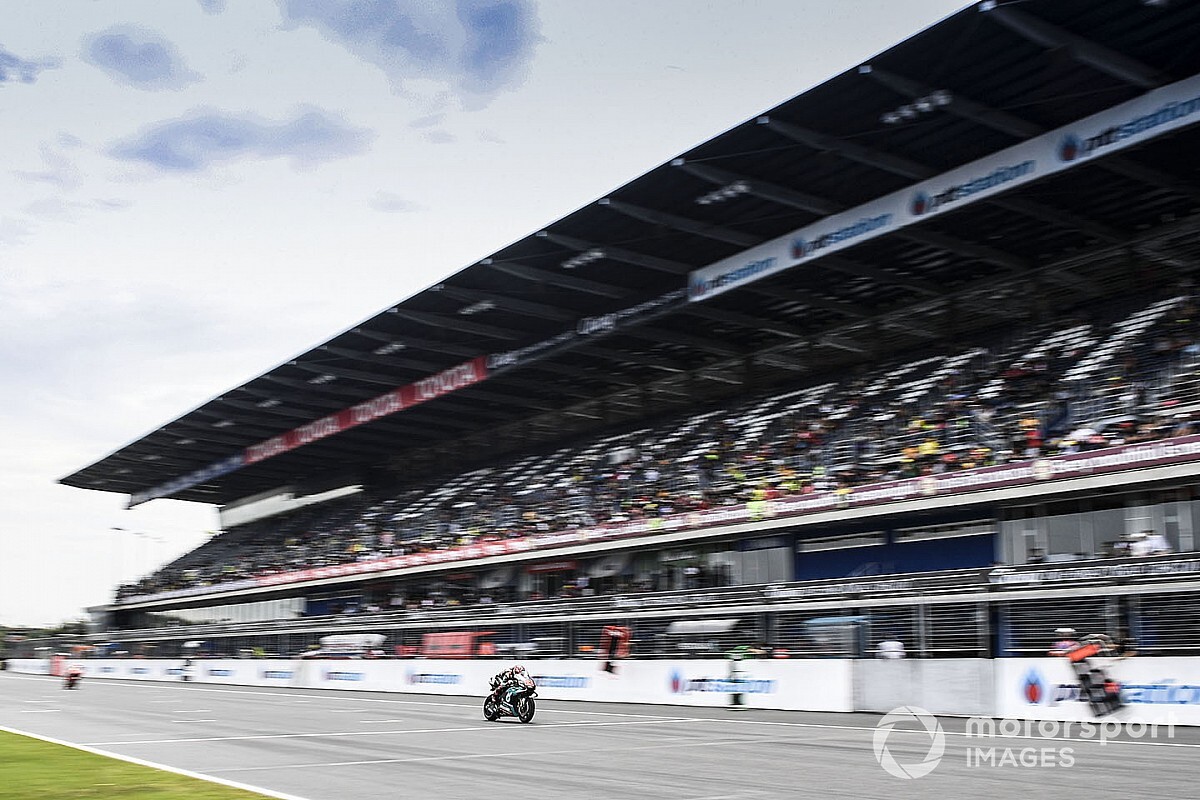 Dorna may move the Aragon MotoGP race forward by two weeks to accommodate the postponed Thailand round on October 4.

The MotoGP promoter is continuing to work through a revised calendar amid the COVID-19 crisis, with the season-opener at Qatar already called off and the second round in Buriram postponed.

It is yet to be confirmed when and where the 2020 MotoGP season will formally start. It's currently expected to be at the Circuit of the Americas on April 5, however that could change depending on any travel bans put in place by the USA.

Dorna is now working on a new arrangement for the Thailand round, which could include moving it to the October 4 date currently allocated to the Aragon race, which would subsequently be run earlier.

"It is possible that Aragon will move forward and the original date will be awarded to Thailand," Dorna CEO Carmelo Ezpeleta said in an interview with Onda Cero.

"But first we have to discuss it with the [Aragon] promoters and see if it is possible."

The logical revised date for Aragon would be September 20, the week after the San Marino Grand Prix.

Should that happen, the format for the four Asian races would be identical to recent years – the Thailand race, one free weekend, and then a trio of consecutive rounds in Japan (October 18), Australia (October 25) and Malaysia (November 1).

Ezpeleta: There absolutely will be a MotoGP season