Morbidelli crashed into the rear of Zarco’s Avintia Ducati as the Frenchman moved slightly off-line under braking for Turn 3 through the fast left kink of Turn 2.

The accident, which happened at almost 200mph, sent both into the gravel trap hard, while Zarco’s bike only just missed Maverick Vinales’ head as it vaulted into the air upon hitting the air fence.

Rossi came frighteningly close to being wiped out by Morbidelli’s errant Petronas SRT Yamaha as it just flew between him and Vinales, with Rossi admitting “the images from my camera are the ones that scare me the most”.

In a statement on social media, Rossi has for the first time acknowledged Zarco did not intentionally cause the incident – but once again insisted riders need to be cautious of the aggression levels on track.

“The images from my camera are the ones that scare me the most, because from here you can understand the speed with which Franco’s bike crossed the track right in front of me,” Rossi’s statement read. “She passed so hard that I didn’t even see her. When I got back to the pits I was already shaken enough to have seen Zarco’s bike literally fly over Maverick’s head. 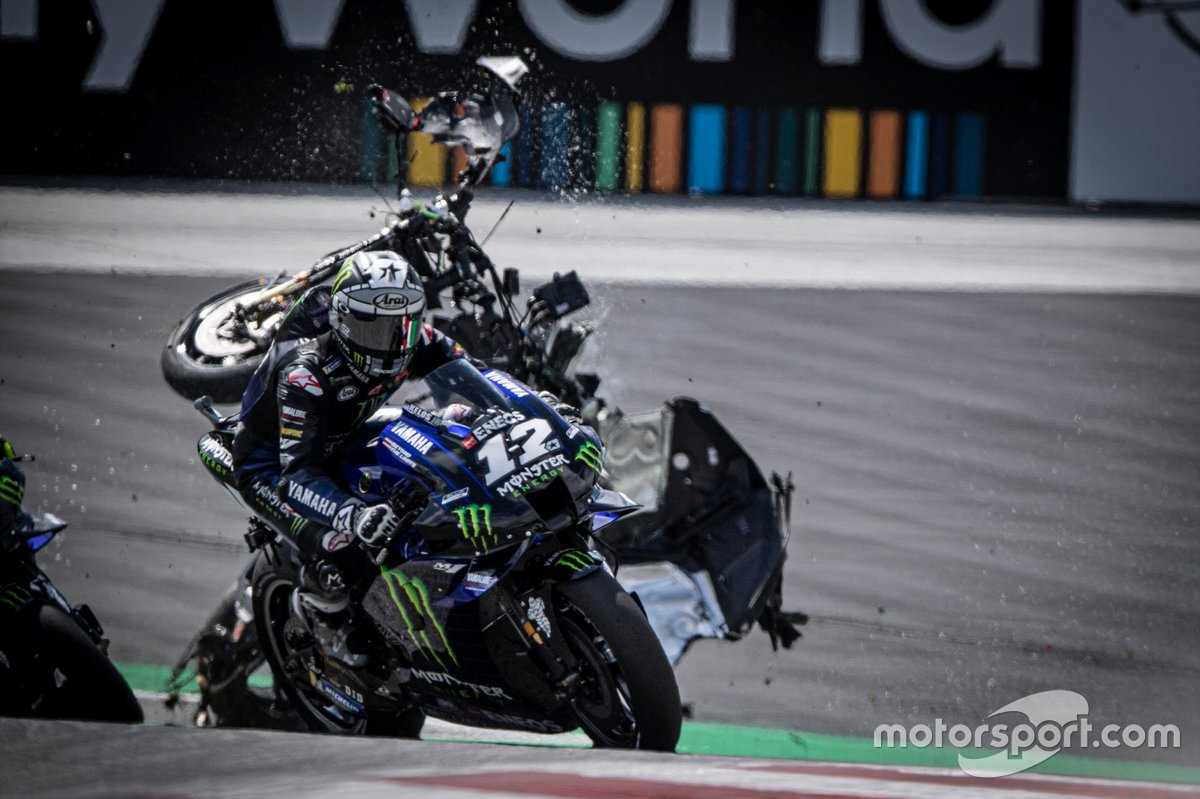 “Miraculously, nobody got hurt, but I hope this incident makes everyone think, especially us riders. Zarco did not intentionally cause such an incident, but it is still a serious error of assessment, which a MotoGP rider cannot afford – especially in a braking [zone] at 310km/h. Moving quickly to the right and braking in the face of Franco, he didn’t give him the place to slow down, so Morbidelli couldn’t help but hit him at full speed.

“I understand that in the race we play a lot and everyone gives their best to stay in front, but we must not forget that ours is a dangerous sport and that the safety of our opponents is much more important that gaining a position.”

Morbidelli walked away with only bumps and scrapes, but took to social media on Monday to dismiss talk of the crash being a racing incident and said “someone must pay” for it – meaning, Zarco should be penalised.

Both riders will visit the FIM Stewards on Thursday ahead of the Styrian Grand Prix to further discuss the incident. Zarco will undergo surgery on Wednesday in Italy after he was found to have fractured his right wrist in the accident.

Yamaha wants Morbidelli to get “revenge” in MotoGP 2022