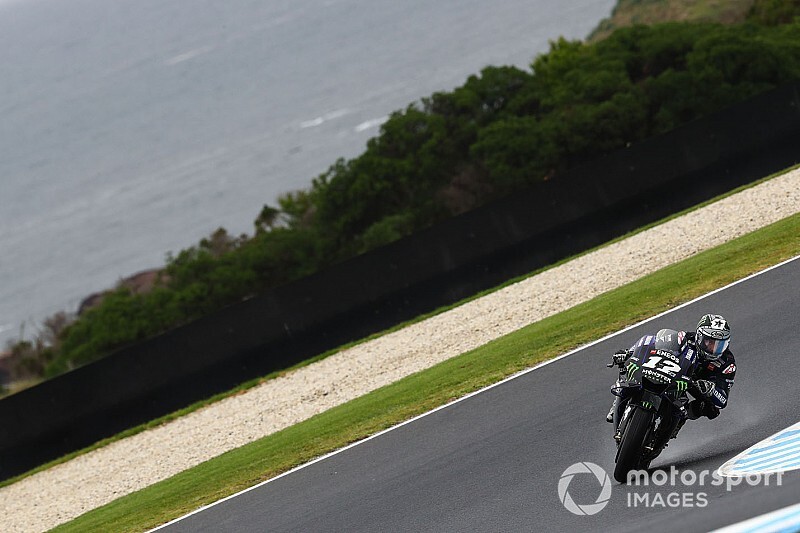 After setting the pace in the wet FP1, Vinales was also on top for the majority of FP2, with Marquez only leading early on, and briefly in the middle of the session.

Andrea Dovizioso moved up to second with a time set after the chequered flag fell, but his deficit to the Yamaha man was 0.496s.

LCR Honda's Cal Crutchlow took third ahead of Danilo Petrucci and Jack Miller (Pramac) as three Ducatis made it into the top five.

Marquez had to settle for sixth after an overtake on Lorenzo at Turn 11 on his final lap resulted in the two Repsol Hondas making contact, and piece flying off of one of the bikes.

The last Yamaha in the order was Petronas Yamaha's Franco Morbidelli in ninth as his teammate Fabio Quartararo skipped the session.

While the Frenchman was declared fit following his crash in the wet FP1, he sat out FP2 because of the painkillers he took.

Johann Zarco ended his first dry session on a Honda in 15th, 1.617s off the pace but nearly two tenths faster than Lorenzo, who was 16th.

Two riders, Pol Espargaro and Francesco Bagnaia crashed at the end of the session at T8 and T2 respectively.

Marquez topped a 20-minute timed tyre test that took place straight after FP2 with a time of 1m29.254s, which was nearly two tenths faster than his best time from earlier.

Quartararo to sit out FP2 after heavy crash

Quartararo “lucky” not to break anything in FP1 crash