Maverick Vinales says he pace drop-off early in the MotoGP San Marino Grand Prix was a result of getting “disturbed a lot” by several front end moments on his Yamaha.

Vinales eased to pole position and looked the strongest on race pace, but dropped to over 2.5 seconds adrift of Petronas Yamaha rider Fabio Quartararo and eventual race winner Marc Marquez on the Honda after leading for the first two laps.

The Yamaha rider eventually found his pace again by lap nine and ended up 1.6s from the victory at the chequered flag.

“I found the track very slippery, I lost the front two or three times,” explained Vinales. “So, this disturbed me a lot and I didn’t get into the pace I was able to ride at.

"Then I got back stronger, I recovered a lot from 2.5s to 1.4s. But I’m quite happy. We are working very hard, we are trying to build it step-by-step.”

Vinales was at a loss to explain why he started the race with less grip than he had done all weekend, and believes he could have fought for the victory without the issue.

“I just start the race with less grip than [I] always [had] during the practices, so I needed to adjust my riding style for that,” he added.

“When I adjusted a little bit for the bike, I started to go fast. But we lost quite a lot of grip compared to the practices, the warm-up.

“It’s something we have to work on and something we suffer a lot with. If it was not for the loss of grip I think we could have been fighting for the race [win].”

Aside from this, Vinales feels Yamaha’s pace at the low-grip Misano proves it is making “a great step forward every time we go on track”, and that it is now able to come away from tracks which it has struggled at in the recent past with stronger results.

“I suffered a bit more on traction areas, but it seems the weekend was very positive [in this respect], with only five, six laps where I didn’t find myself really good,” Vinales added.

“I kept working, I tried to find a different way to ride the bike during the race and it seems to work. The important thing is to keep understanding, keep working.

"The start was really good. I led the race for two laps. We struggled a lot [with race starts], but we’ve seemed to have fixed the start and that’s the important thing because I can overtake in the first laps of the race.” 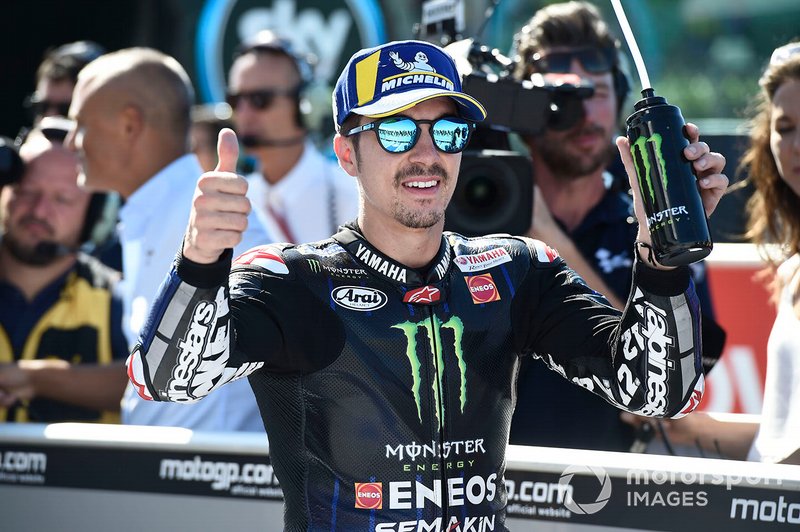 Dovizioso: No good being "pissed off" at Ducati deficit